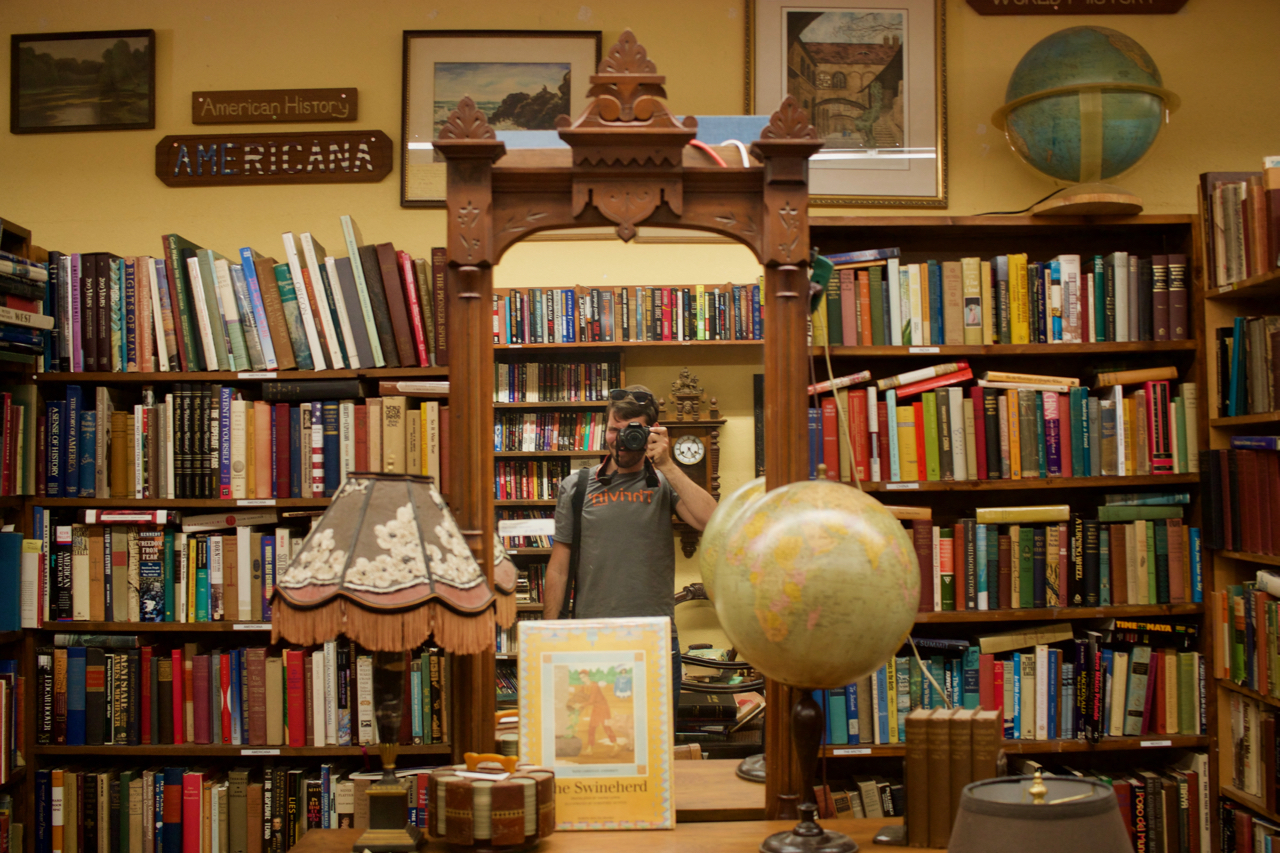 One of my goals for this past year was to read at least one book a month, purely for leisure. At the current rate, it’ll take me roughly 30 years to read all the books in my list. That’s a scary thought. While not a super ambitious goal, 12 was a step in the right direction.

All 12 titles were worthwhile, and I would definitely recommend each one. Here’s what I read in 2016: 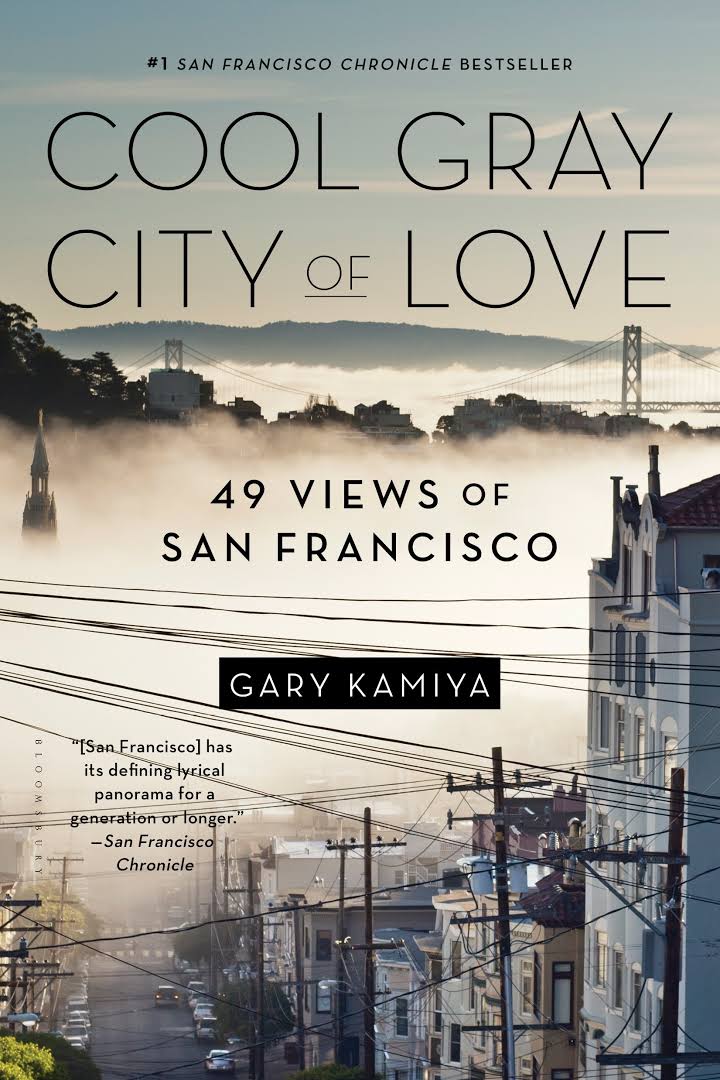 A book about San Francisco’s nooks and crannies, by a former cab driver/journalist who knows the city by heart. Traveling through time and space, Kamiya tells the history of the city through its booms and busts. At some point, I want to compile a list of all the locations mentioned in the book, and go experience them, one by one. In the meantime, I’d like to try out this audio tour narrated by the author. 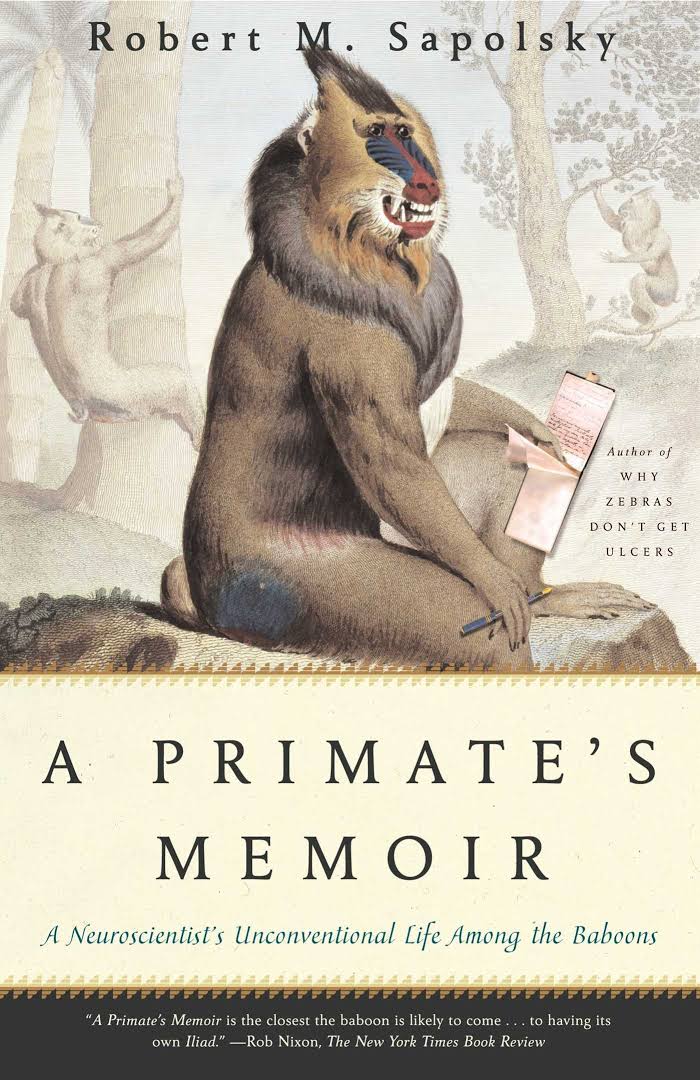 Probably my favorite book this year. Sapolsky is a biology professor at Stanford, where all students know him for his Human Behavioral Biology course (available on YouTube). The book is non-fiction, but reads as a novel, as the author tells us of his time in Kenya, following a troop of baboons. The primates show all sorts of human-like behaviors, and Sapolsky shows us that they are not so different from us after all. Hilariously, he gives every animal a biblical name, which adds to the humorous and novelesque feel of the narration. 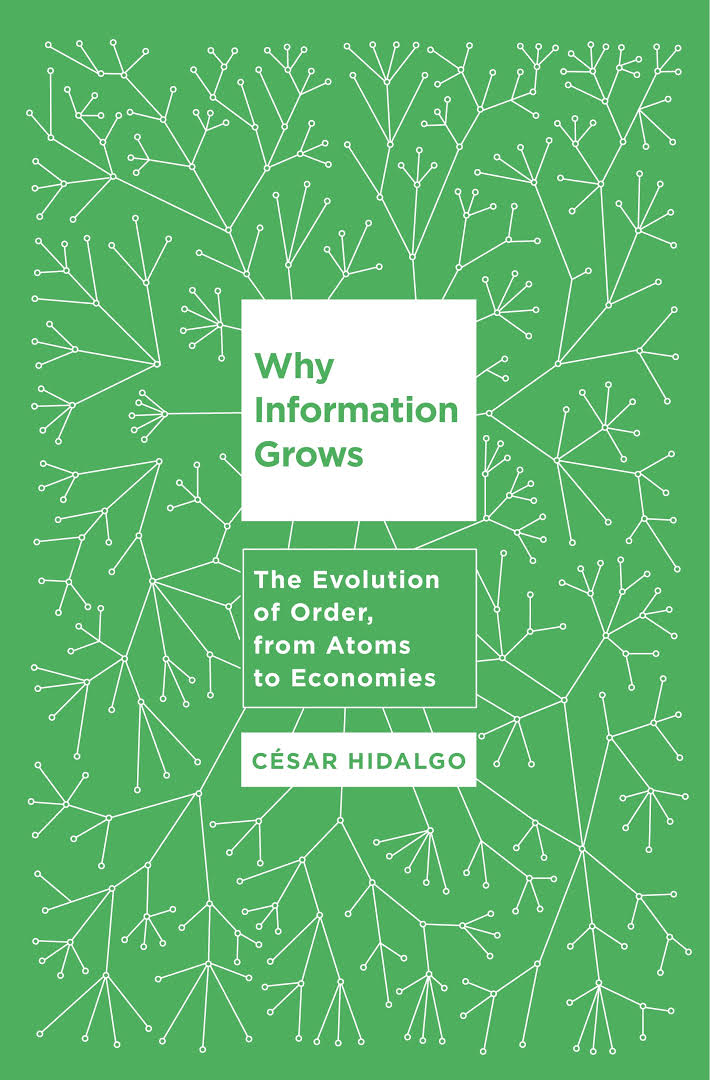 I have known Hidalgo’s work since I first saw the Atlas of Economic Complexity several years ago. His book extends on his research, tying up a bunch of concepts I am deeply interested in, such as computation, complex networks, international trade, incentives, growth, etc. The main point of the book is that while physics pushes us towards disorder, humanity has been able to build systems to accumulate knowledge and knowhow, effectively defying that trend. The only thing that sets our world apart from that of cavemen, is that we’ve figured out how to organize matter differently. The atoms are roughly the same. 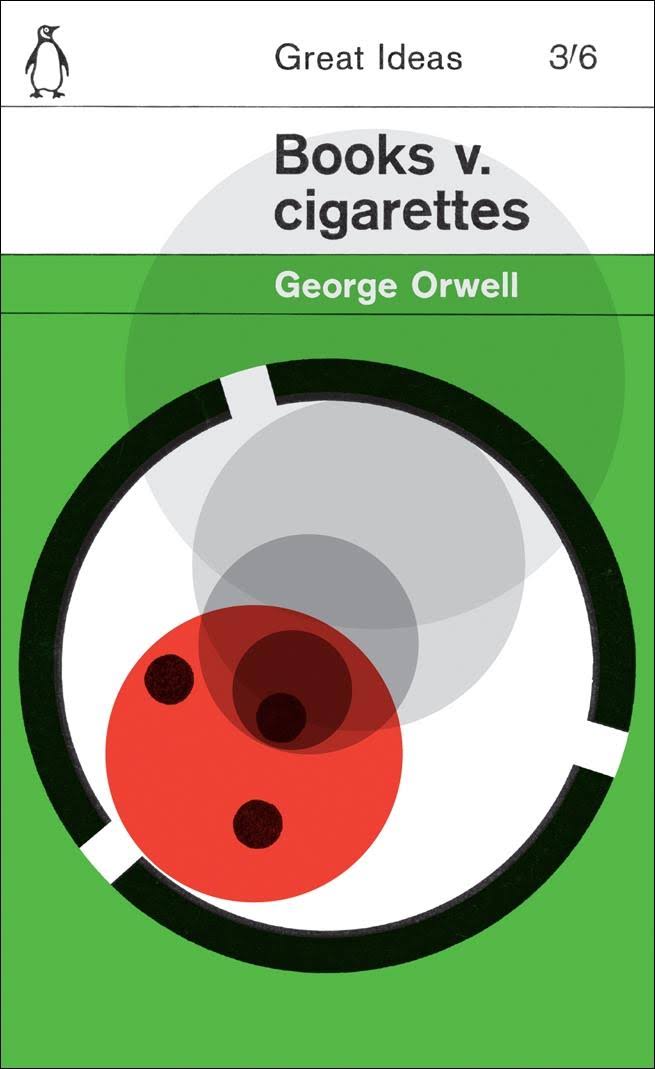 This one I never planned to read, but on a bookless day at Hannah’s I picked it up on a whim. It is an odd window into early XX century Britain. As the book says, "Literature is an attempt to influence the viewpoint of one’s contemporaries by recording experience," and this viewpoint would be completely unavailable to me if it weren’t for Orwell writing it down. From childhood memories and the intricacies of education, to why people don’t read, and the complexities of freedom, this collection of essays seems very relevant today. Overall, a good surprise.

In The Beginning... Was The Command Line - Neal Stephenson 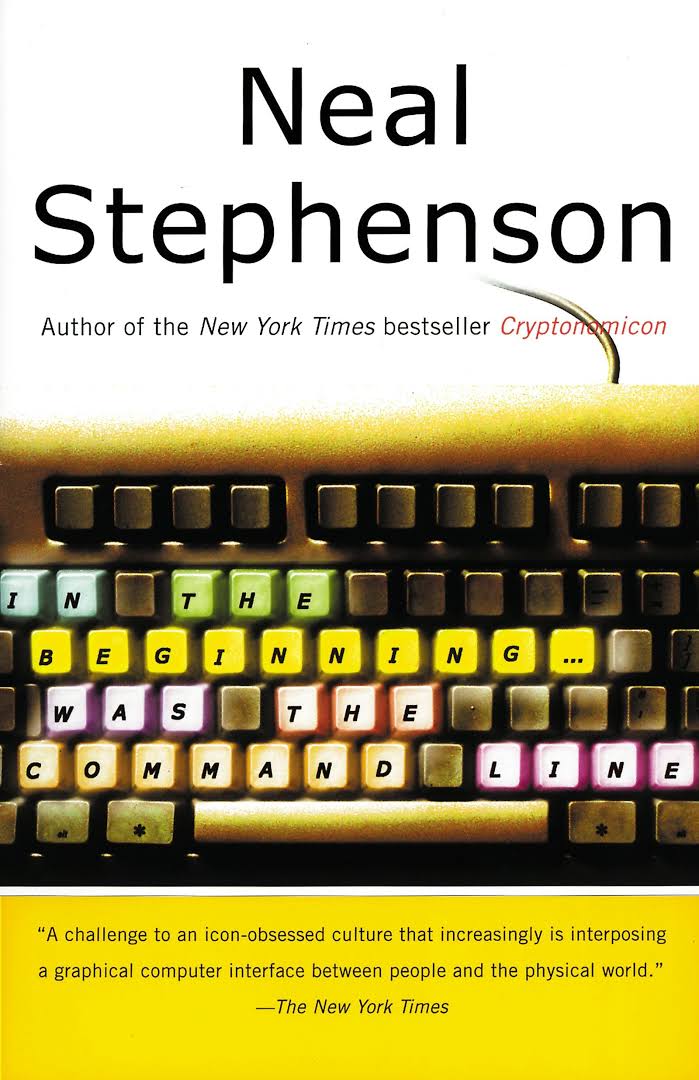 I enjoyed reading the essay online so much that I ended up buying the book. It was that good. A good mix of history, tech culture and economics, told by a futurist science fiction author almost 20 years ago. Threading narratives and arguments around the business of open source software, and operating systems, Stephenson’s essay kept me thinking about today’s tech ecosystem. There are echoes of Microsoft’s market power at the time on today’s conversations about Facebook, Google, Apple, and even Amazon. Reading about the future as seen from the past is always a lot of fun. 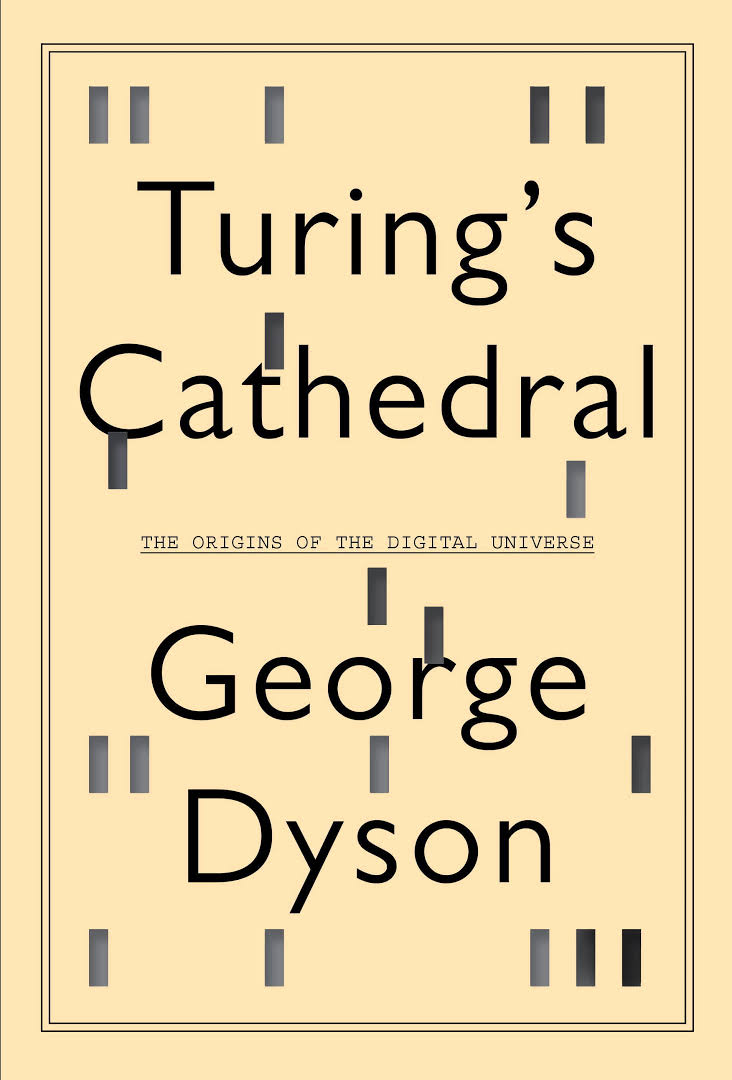 After putting it on my to-do list years ago, I finally read it. I knew little about the history of early computers beyond "John Von Neumann built a team of engineers at IAS and translated Turing’s theory to practice." The many levels of abstraction that separate us from the physical problems these guys were solving never stopped perplexing me, and as I’ve kept repeating, it still amazes me that anything works. There is a lot to learn here about path dependence, team-building, and leadership.

Between the World and Me - Ta-Nehisi Coates 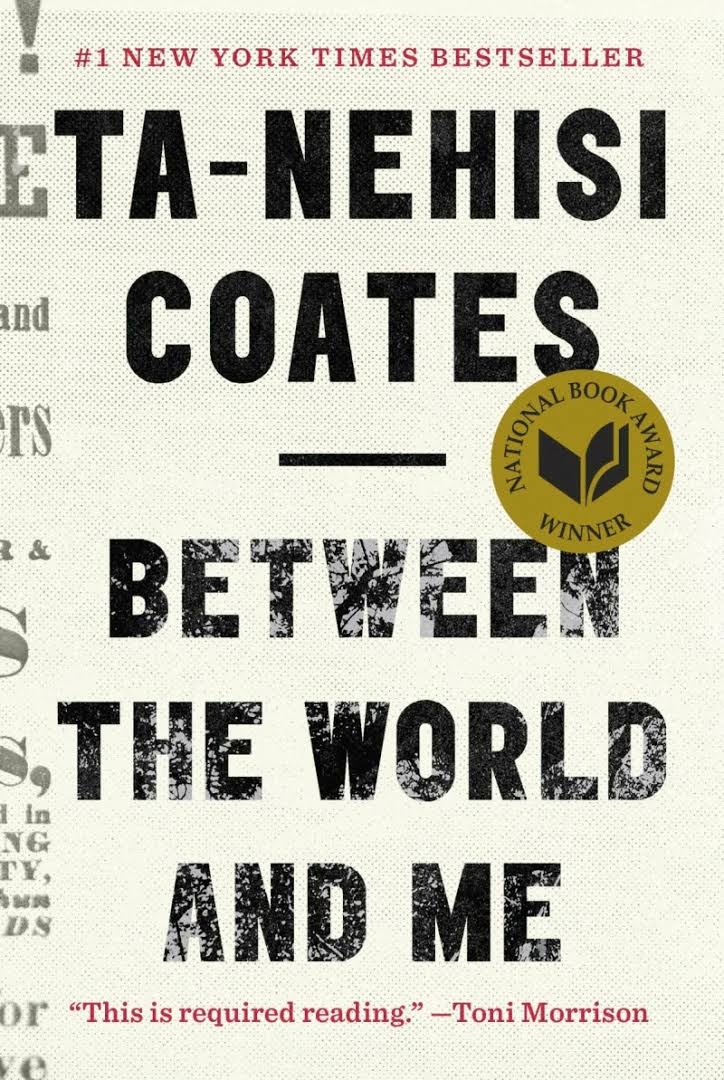 My life in this country has been inside two bubbles: four years at a private elite university on Chicago’s North Shore followed by two years in San Francisco, the most expensive city in the US. My life experience, like most people’s, is extremely narrow. This letter from a father to a son exposed me to a wide range of ideas, places, and feelings that few in my circles have lived. Listening to the audiobook, narrated by the author, gave it a whole other level of depth. At a time like this, when identity politics are so prevalent, I can’t recommend this book enough. Sadly, the people that need to read it the most would not even consider it. 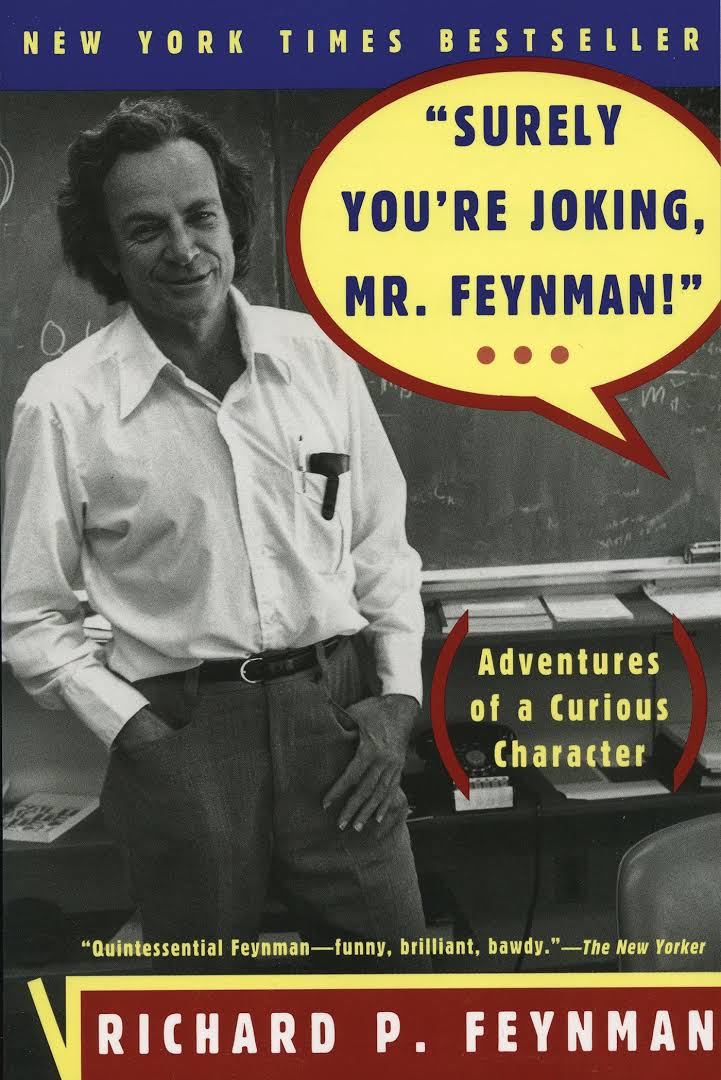 Another audiobook, this one about the life of a nobel-winning phycisist. If you’re unfamiliar with Feynman, I’d recommend you watch his explanation of how magnets work, followed by his commencement address on Cargo Cult Science (which is actually part of the book, too). The guy was a character.

The Name of the Rose - Umberto Eco 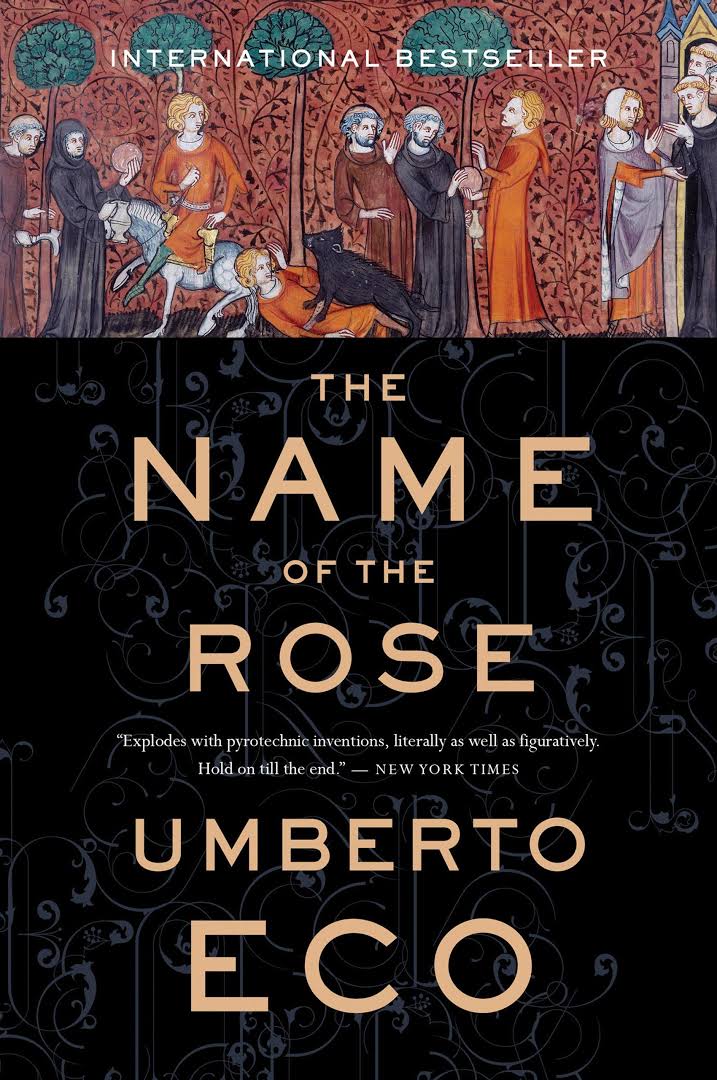 When Umberto Eco died at the beginning of the year, in February, I grabbed this book off a bookshelf and the first ~150 pages flew by in a day. Somehow, I got distracted for 8(!) months, but eventually got back to it. And I am glad I did. The historical novel is layered with studies of science, humanity, religion, and self-awareness. Putting yourself in the mindset of a XIV century monk is interesting by itself, but the murder mysteries are wonderfully executed, which paired with the intricate symbolism make for a fantastic read. 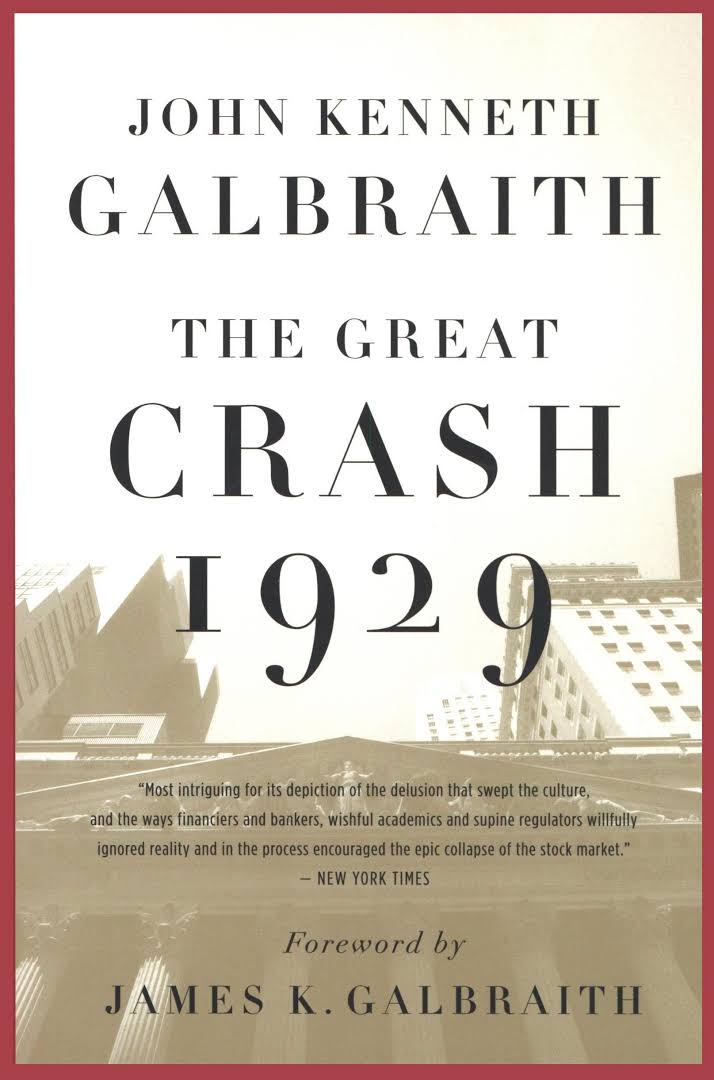 While dry, this retelling of the great depression, and its context, was worth it. During my undergrad, when I took classes on international trade and monetary policy, the professor always made a point of explaining the history of large recessions, bubbles, and rallies. Economics is a science, and its macro subset is one with very few data points, making the deep analysis of every event quite important. The biggest takeaway I had was that while policy decisions and market structures can be influential, in the end it is people who, in aggregate, make the decisions that bring us booms and busts. 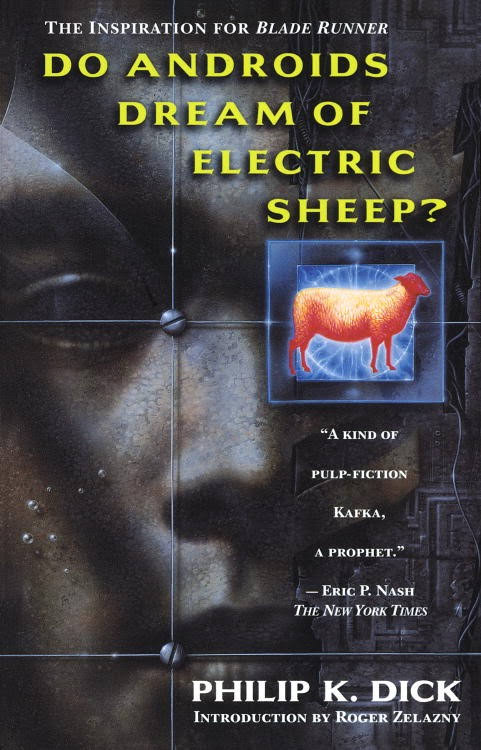 In high school I read a bunch of dystopian books, and the title of Dick’s novel called my attention back then, but I did not get around to reading it until this year. A tale of us vs. them where, as usual, the boundaries get fuzzy and in-group and the out-group blend into each other. I am convinced we’re all machines, which is what makes the premise of this book interesting: trying to answer “What makes us human?” As a side note, it is way better than the movie. 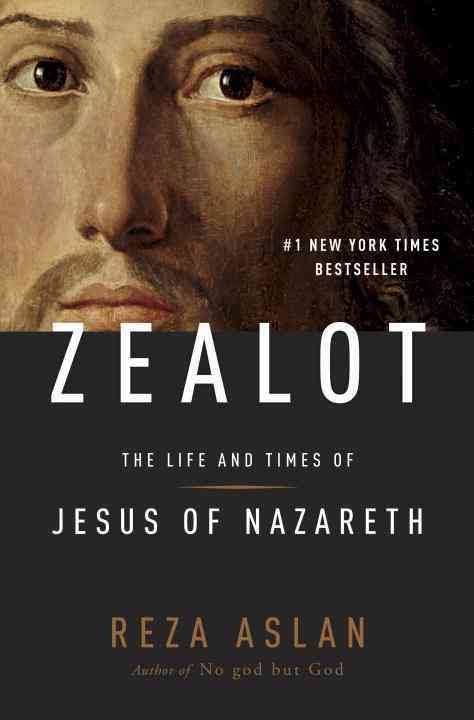 Having grown up in an insular Jewish community within a strongly Catholic country, I unsurprisingly know very little about Christianity. I read this book to change that. The author’s objective is to make clear distinctions between the historical Jesus and the religious Jesus, spending most of the book explaining the context in which Christianity came about as a branch of Judaism, and eventually graduated into its own religion. Reading about the Jewish history from a different angle, where heroes and champions are framed as failed messiahs was fascinating. Gotta love revisionist history.

Additionally, I should mention there were a few technical/reference books that took up some of my time, but which I’ll skip, plus these, which I started but stopped halfway:

The first two I have already dropped twice over the years, for no good reason. GGS I had on audiobook via Overdrive and the loan expired before I could finish the book, so now I am in line again. Lastly, Zen and the Art of Motorcycle Maintenance was another “bookless at Hannah’s” choice, but this one I have not worked through yet. These four might show up on next year’s list.

This year, the goal is to bring the number up to 18, which should shave off 10 years of reading time, or so. I’ll report back on these next year, but if you have a book recommendation, let me know and I might add it to my stack!

Photo: self-portrait by me, previously posted on Up in the Redwoods