This year’s PyCon took me to Cleveland, OH. Unlike last year’s event in Portland, I was not too excited about the location at first, but I was pleasantly surprised. The local Python crew made big effort to make people feel at home, and recommended a bunch of interesting places to see/eat/drink while we were visiting, so it ended up being a great experience.

Somehow, I took a total of zero photos of the people at the conference. It just didn’t feel like the right setting to walk around with my camera and be spontaneous. It’s the second year that I plan to do a “Faces of PyCon” and end up bailing. Perhaps next year I’ll make it happen.

You can find some notes about the conference (technical and otherwise) here. 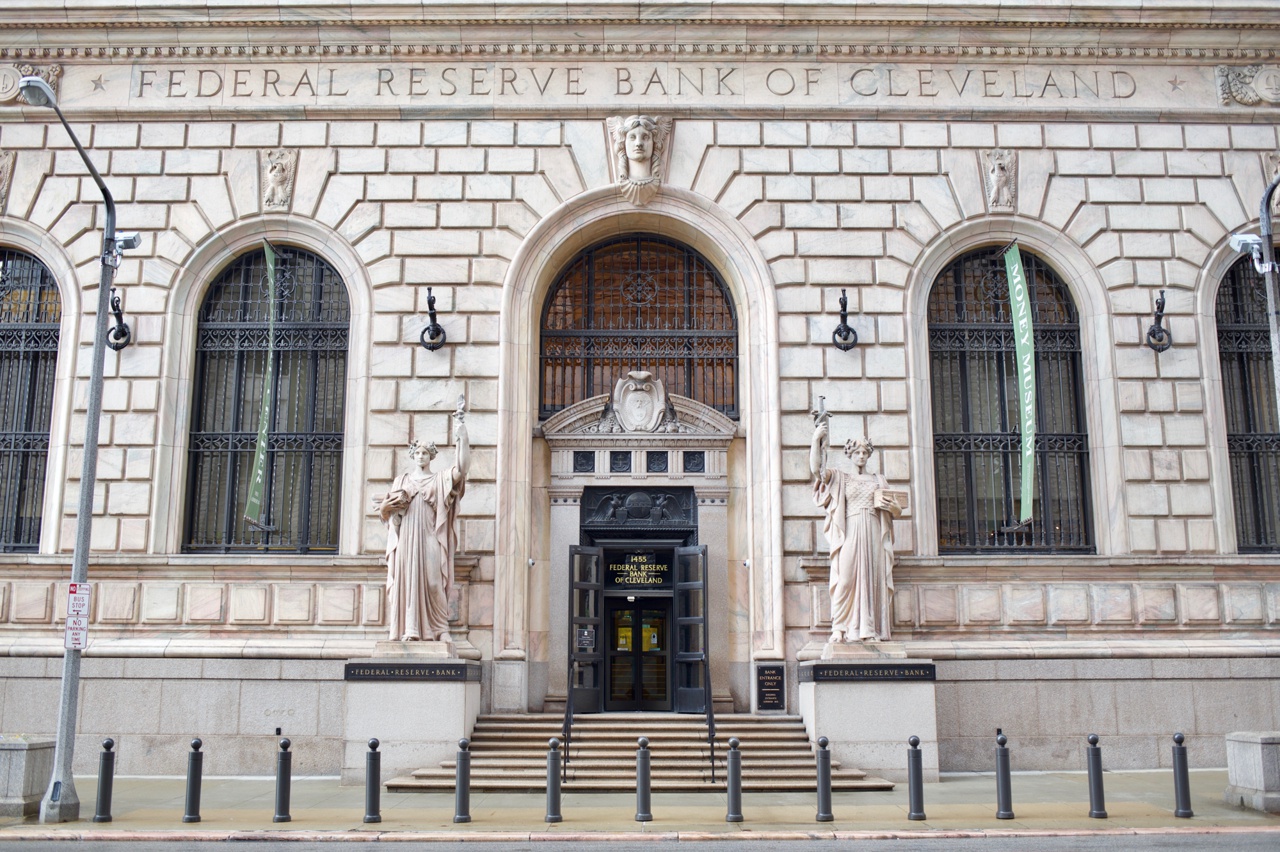 I walked around a few hours before the conference started. The Fed had a free tour to learn about the history of money, but it didn’t really say much new. The building itself was beautiful, but probably not worth the time. 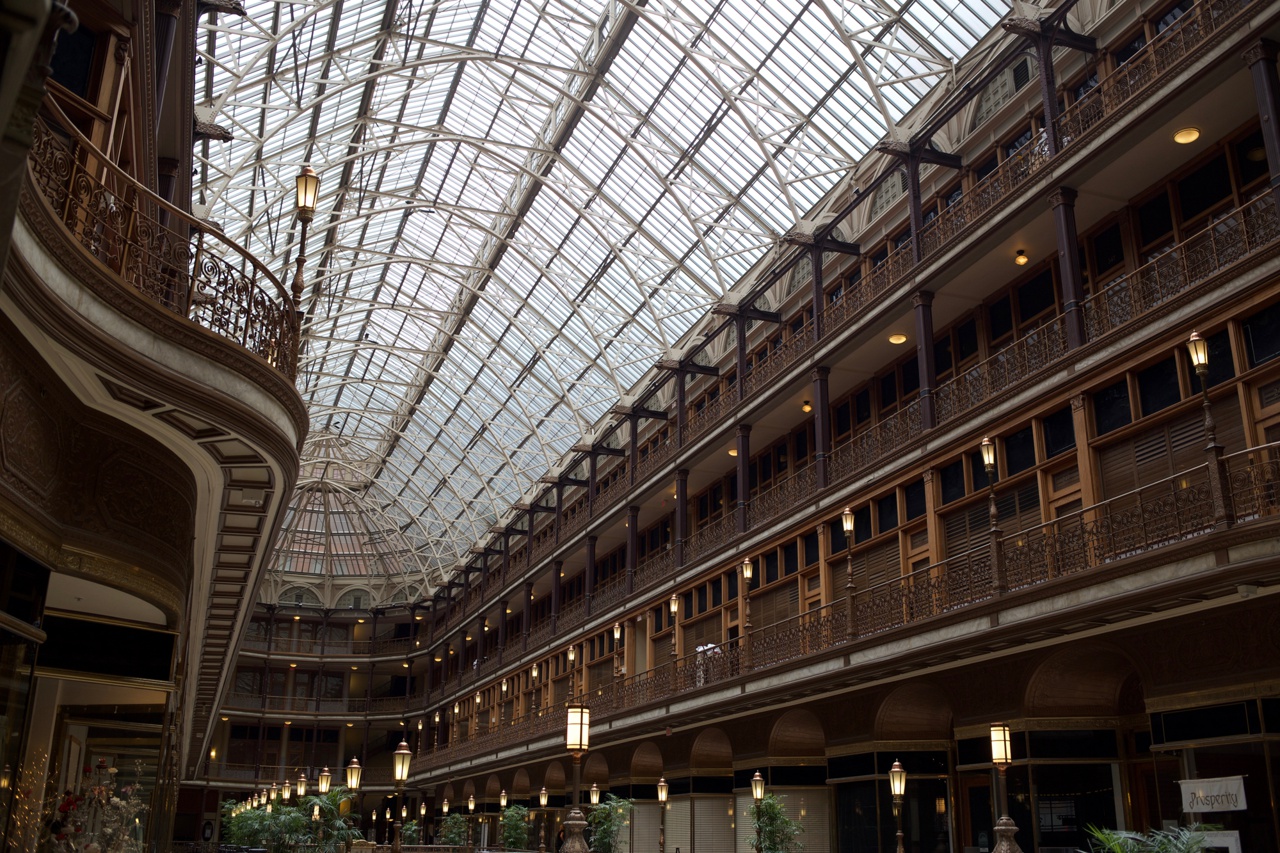 Downtown Cleveland has lots of arcades. They cut between streets and open up as corridors of stores and restaurants. Like the rest of the city, they remain for the most part empty, but make for good shots. 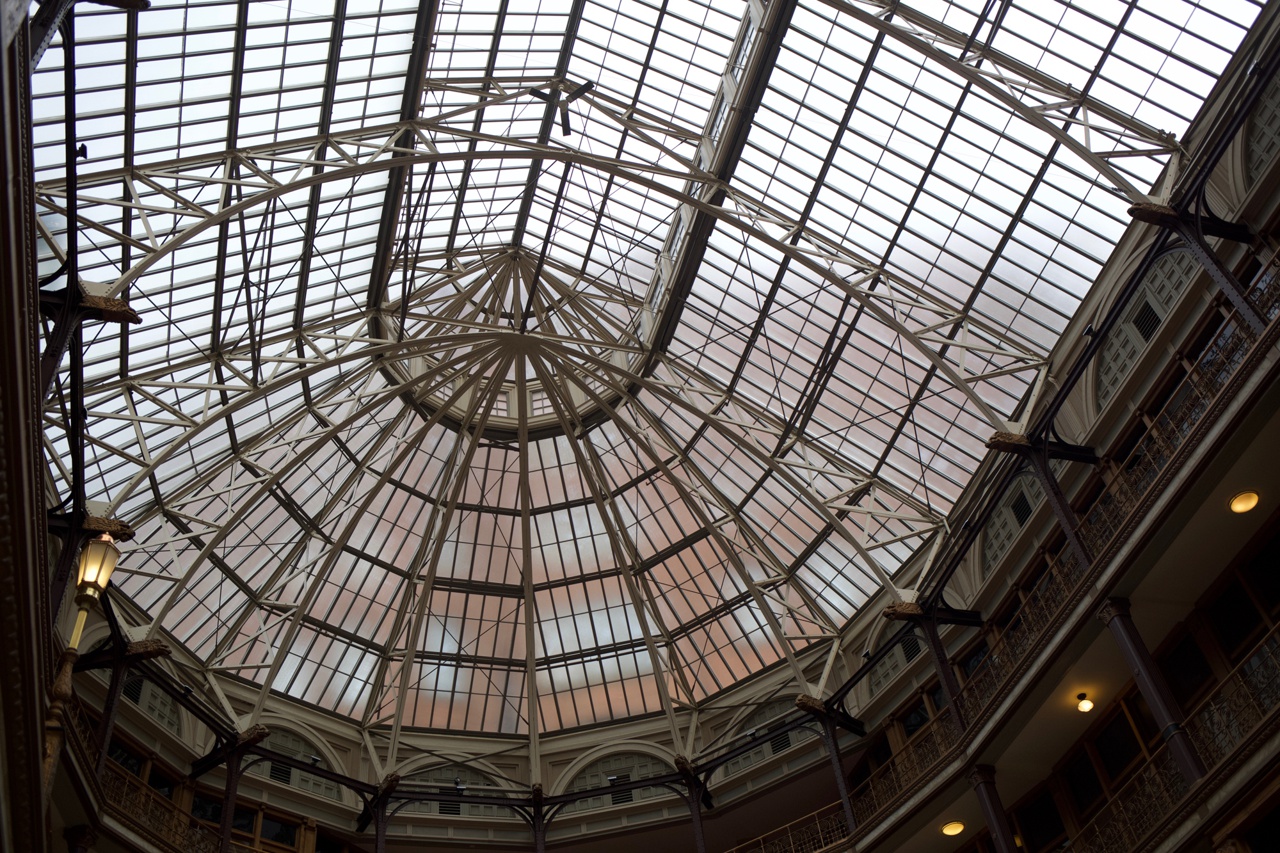 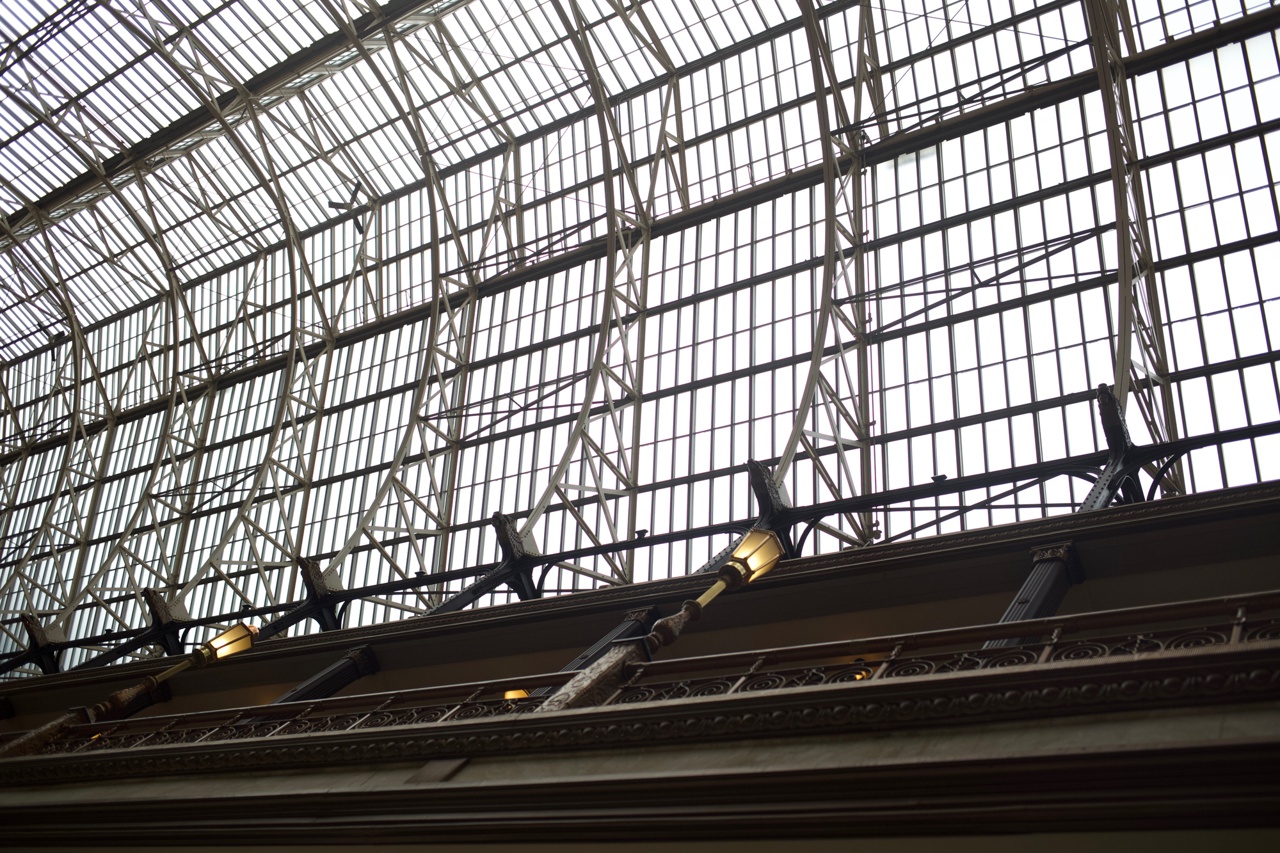 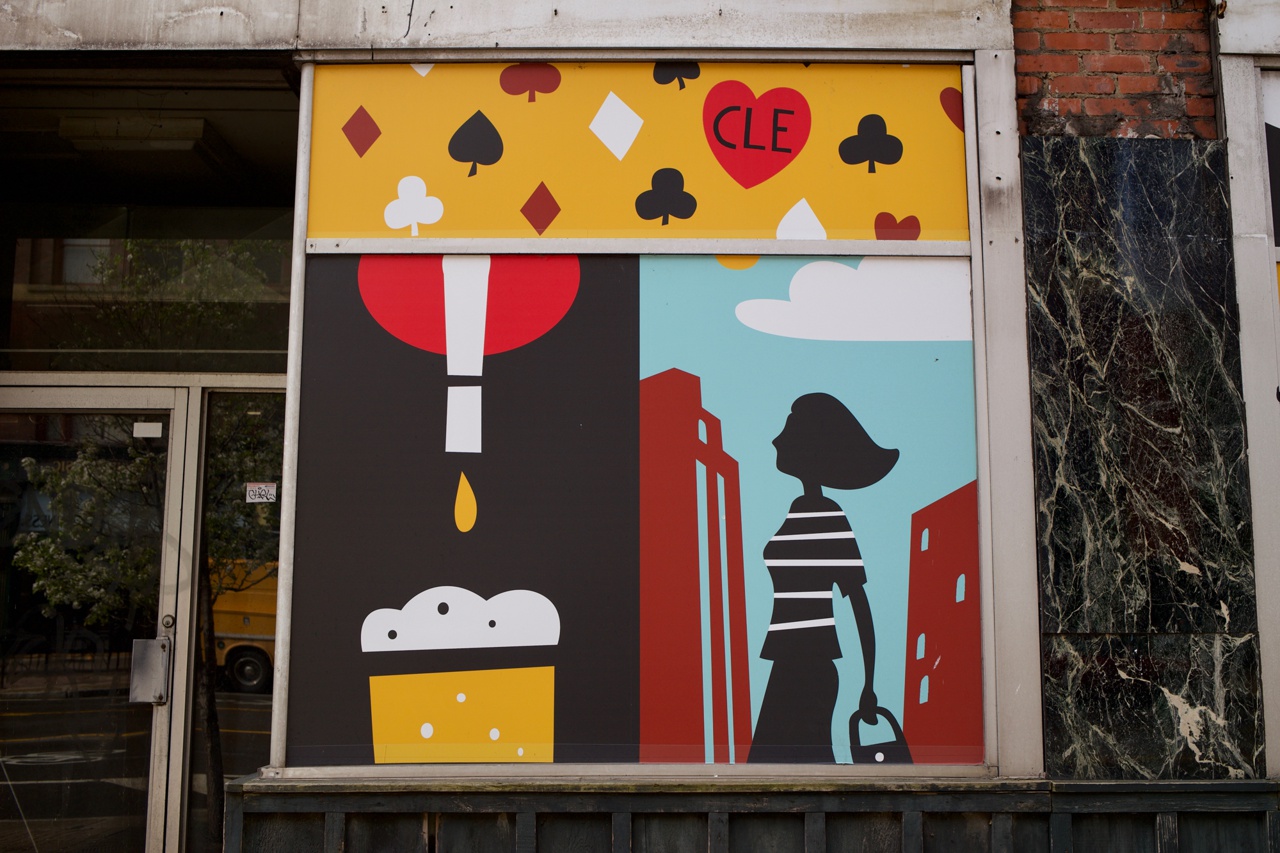 They’re proud of their breweries, and they should be. Masthead had an especially good hazy IPA. 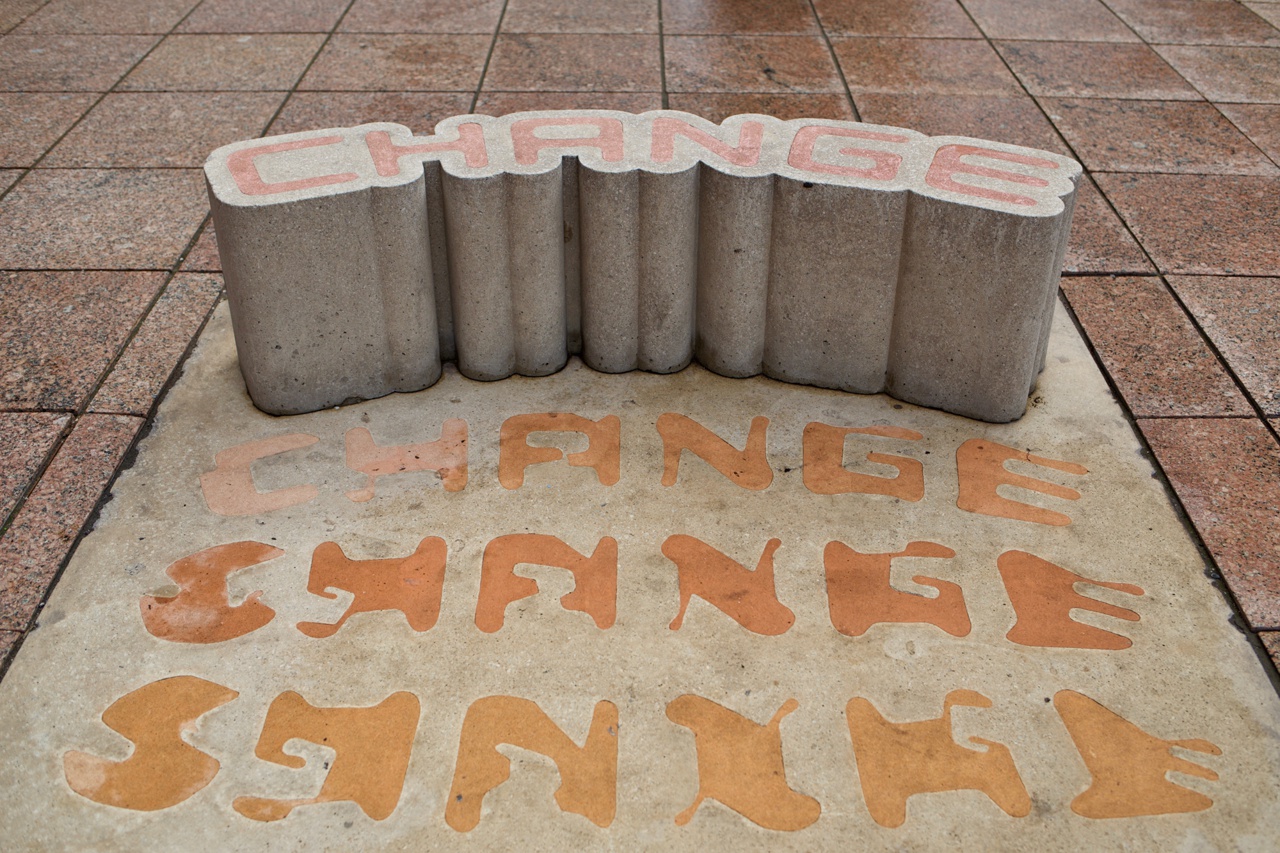 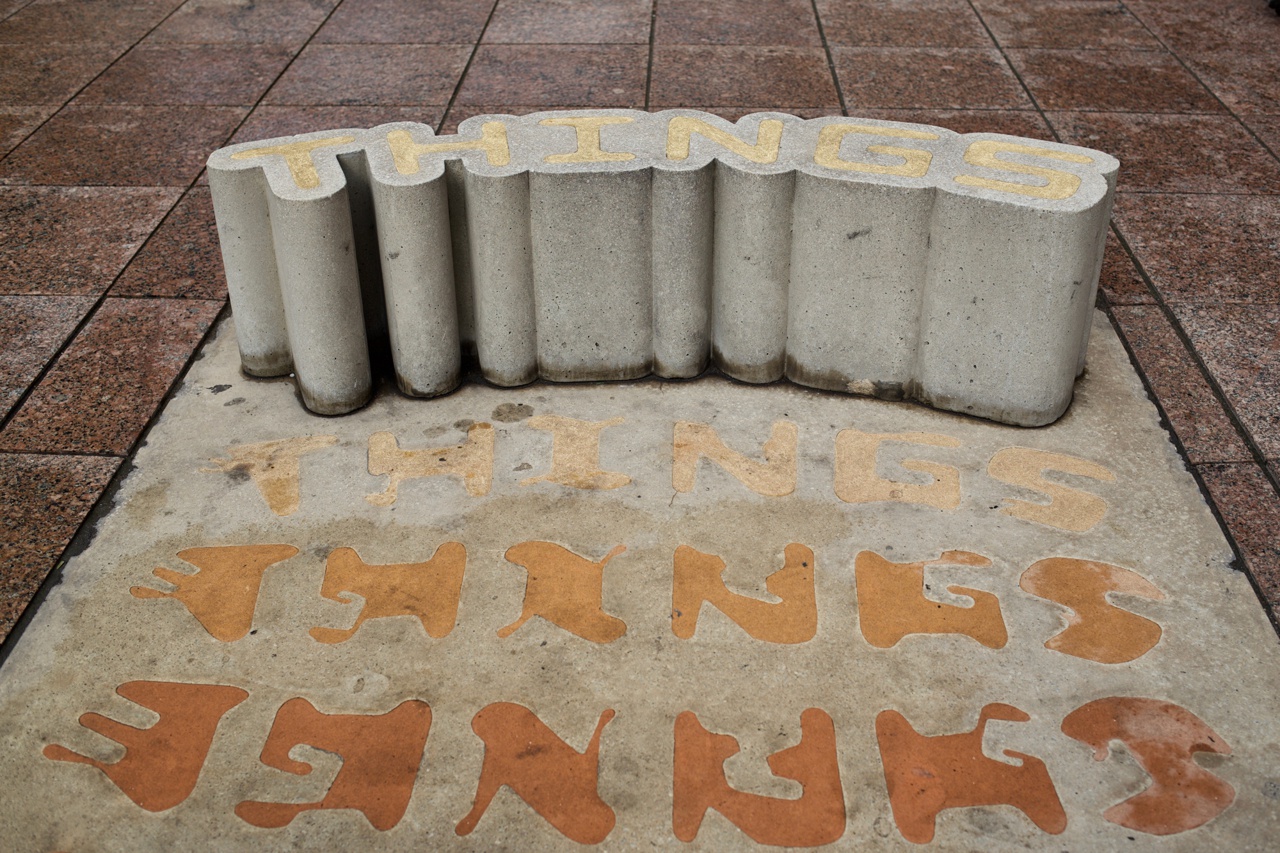 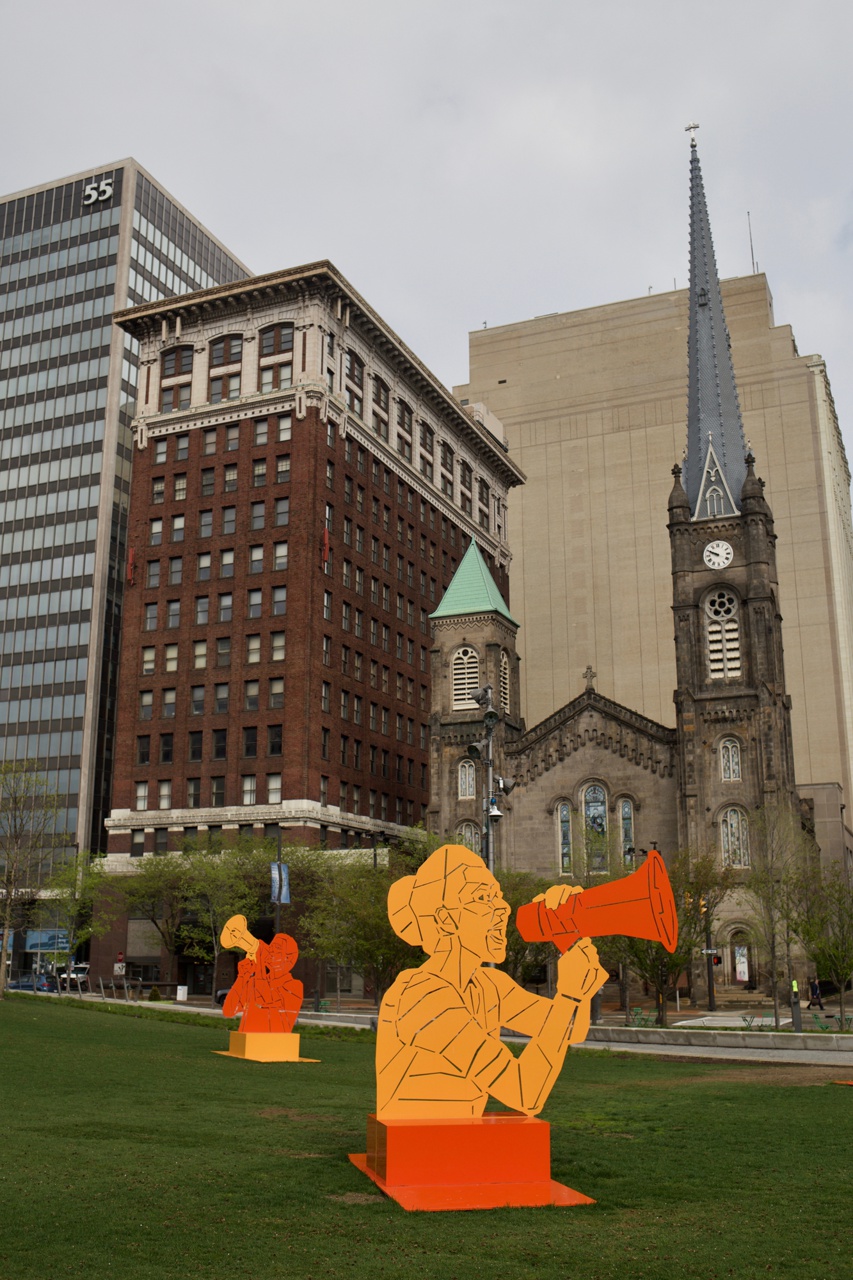 I’m not sure if this piece is related to the ones above. I sure hope so. 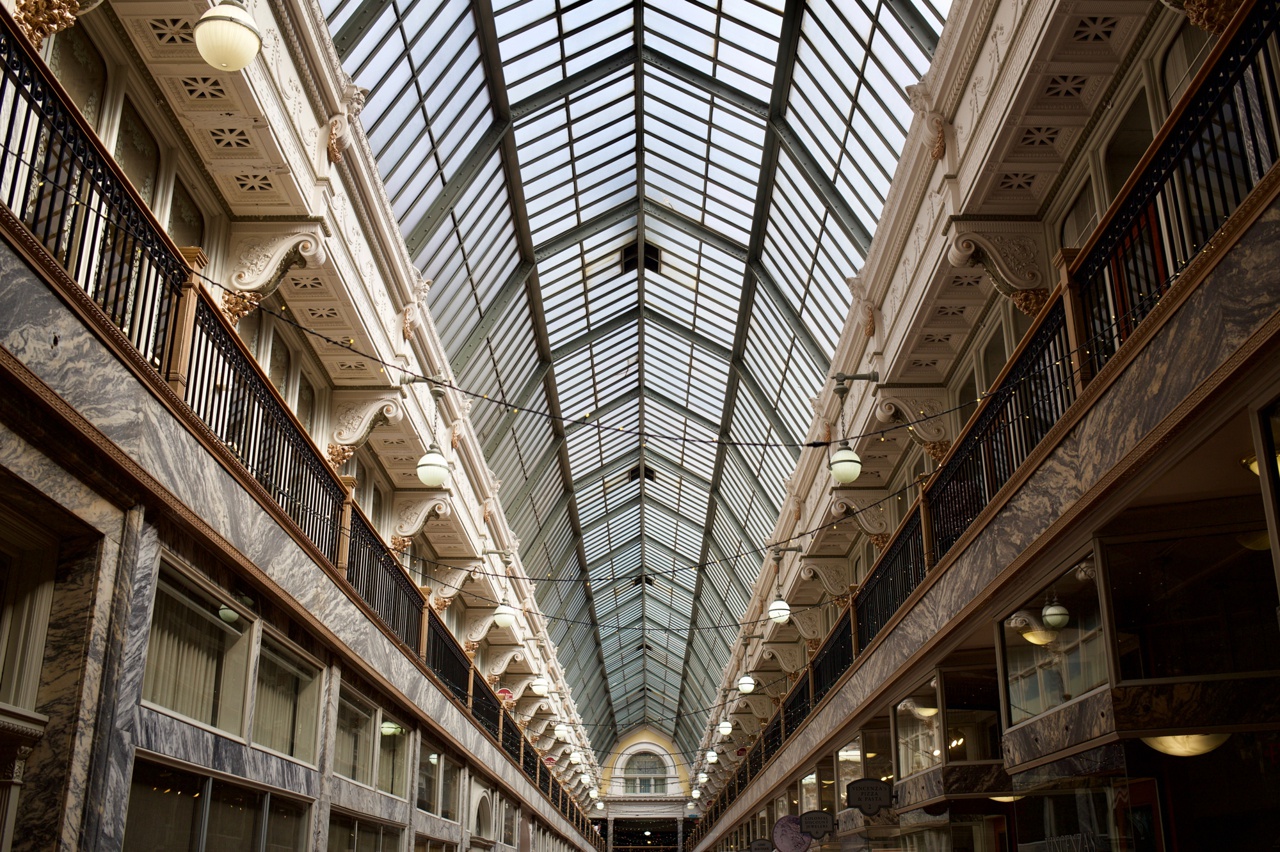 Another arcade. There’s lots of space for storefronts, and several floors to fill, but they’re just shuttered. 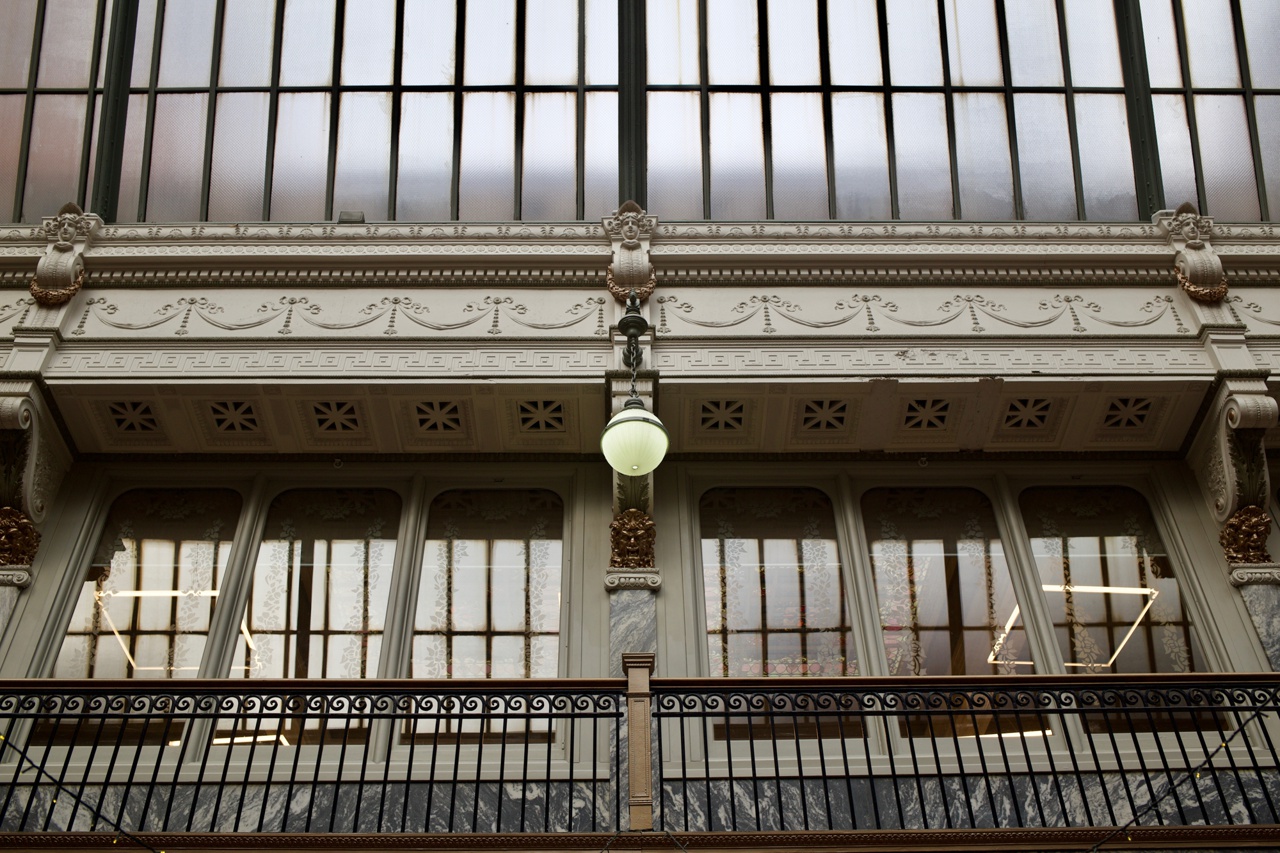 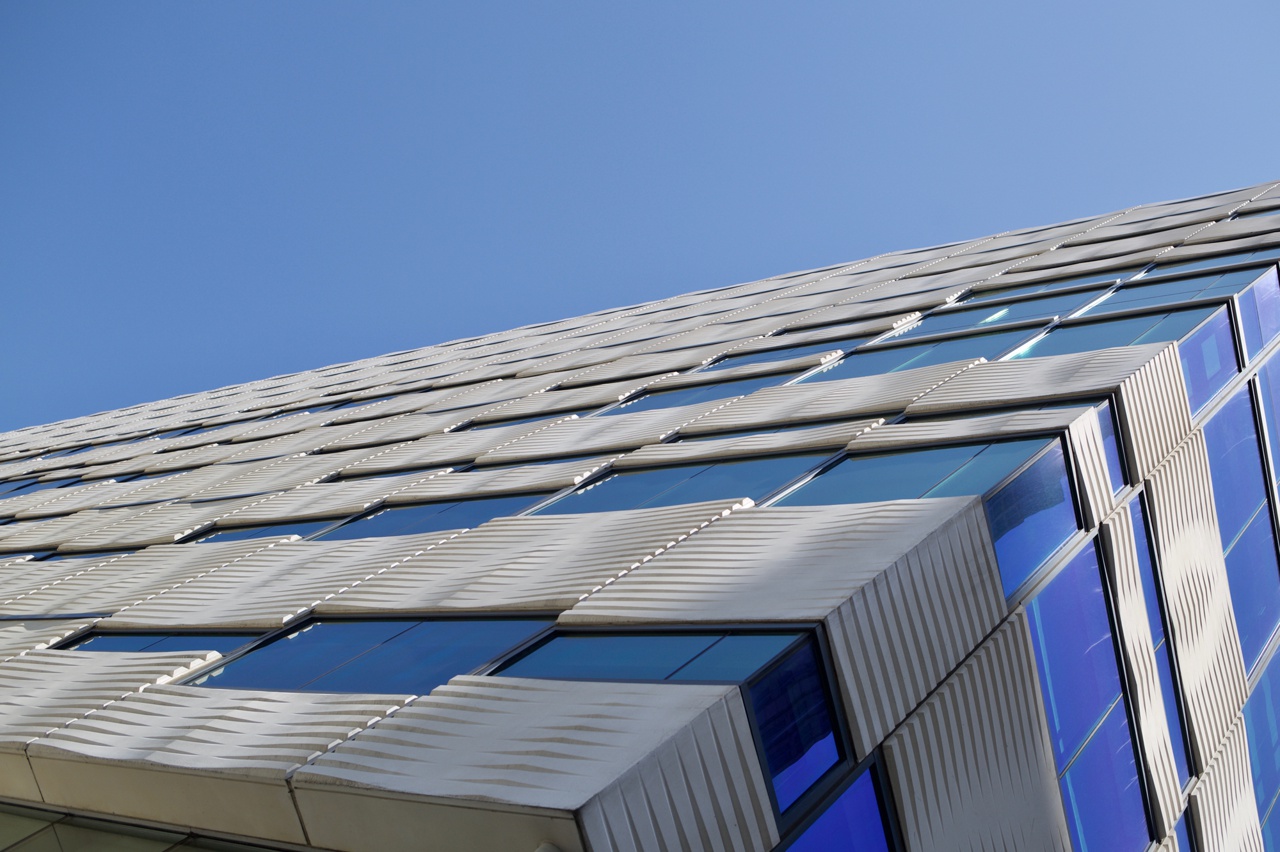 Convention center architecture. Not that exciting. 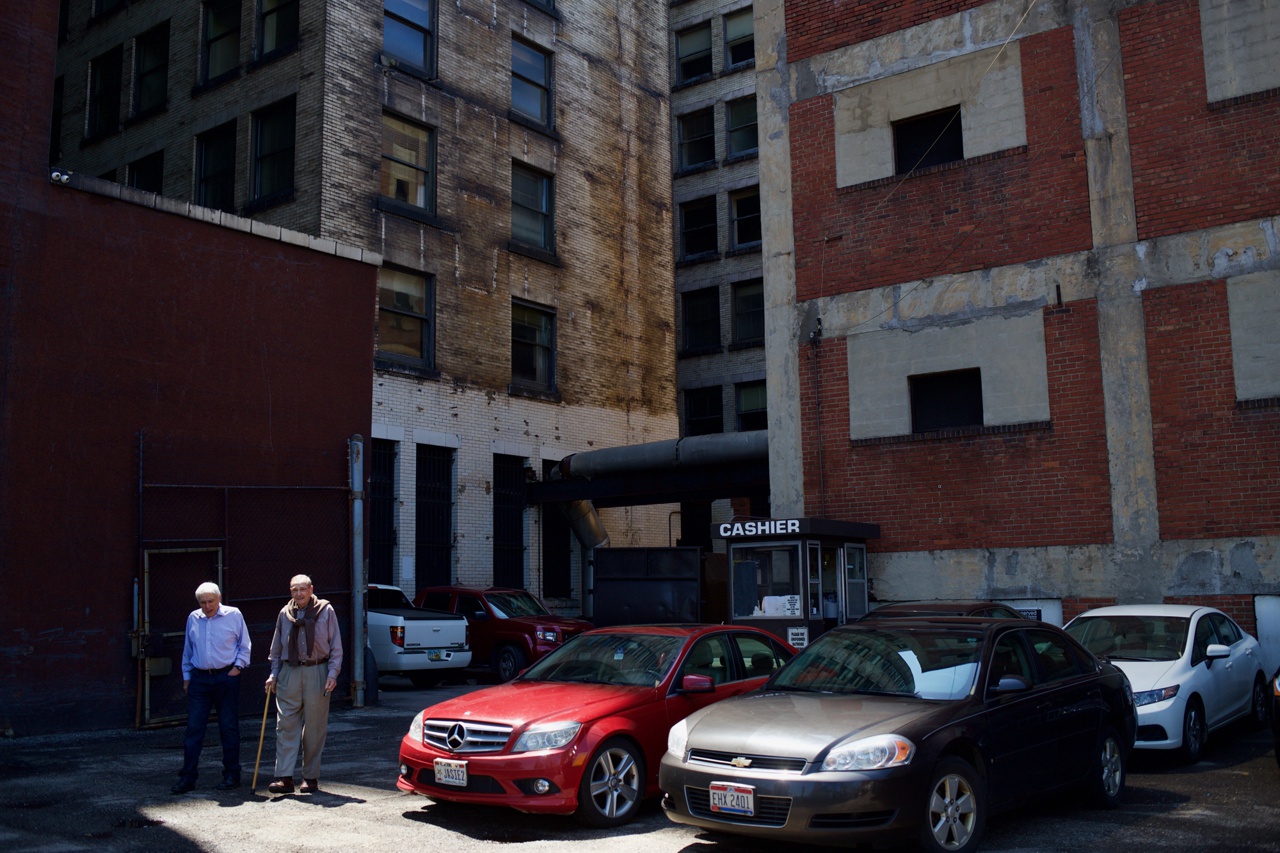 These two were funny: “Do you want this building? You can buy it cheap!” 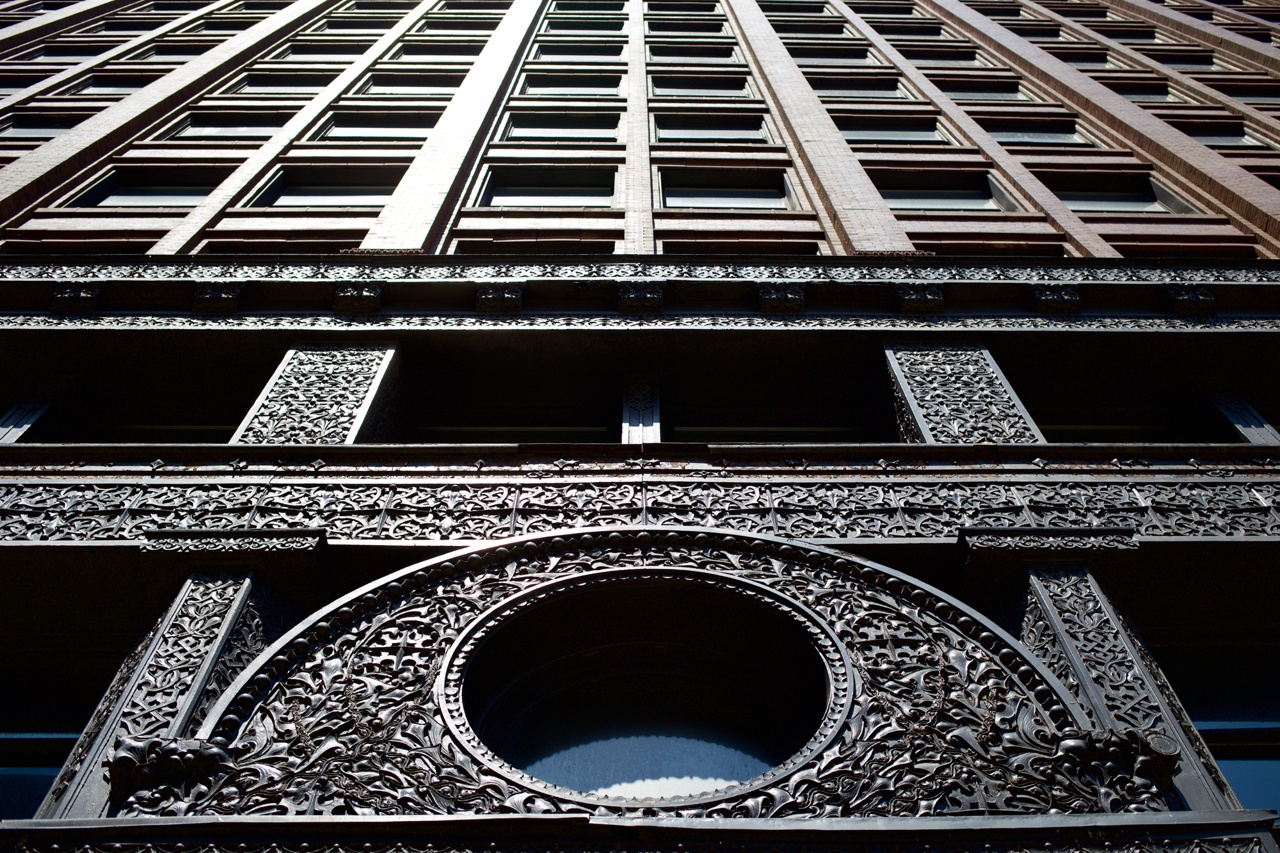 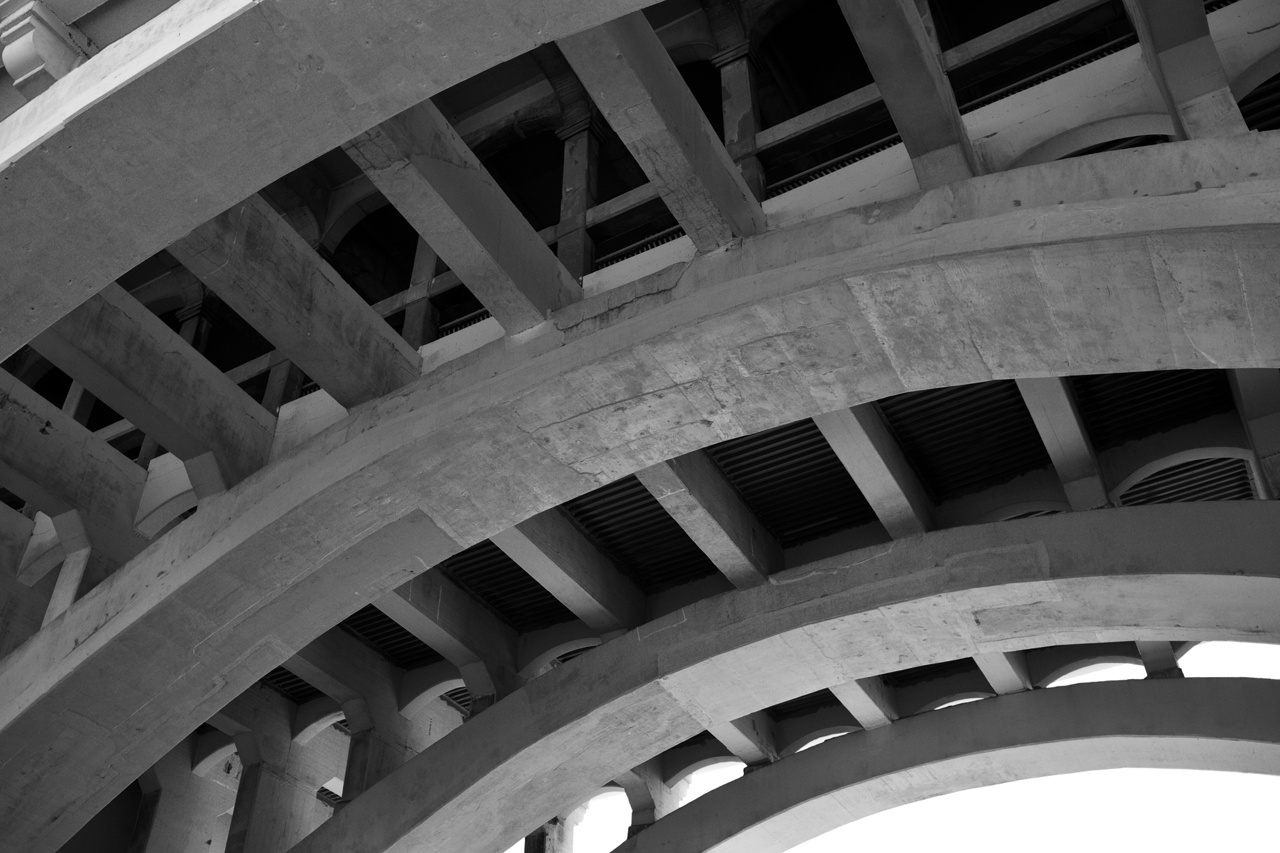 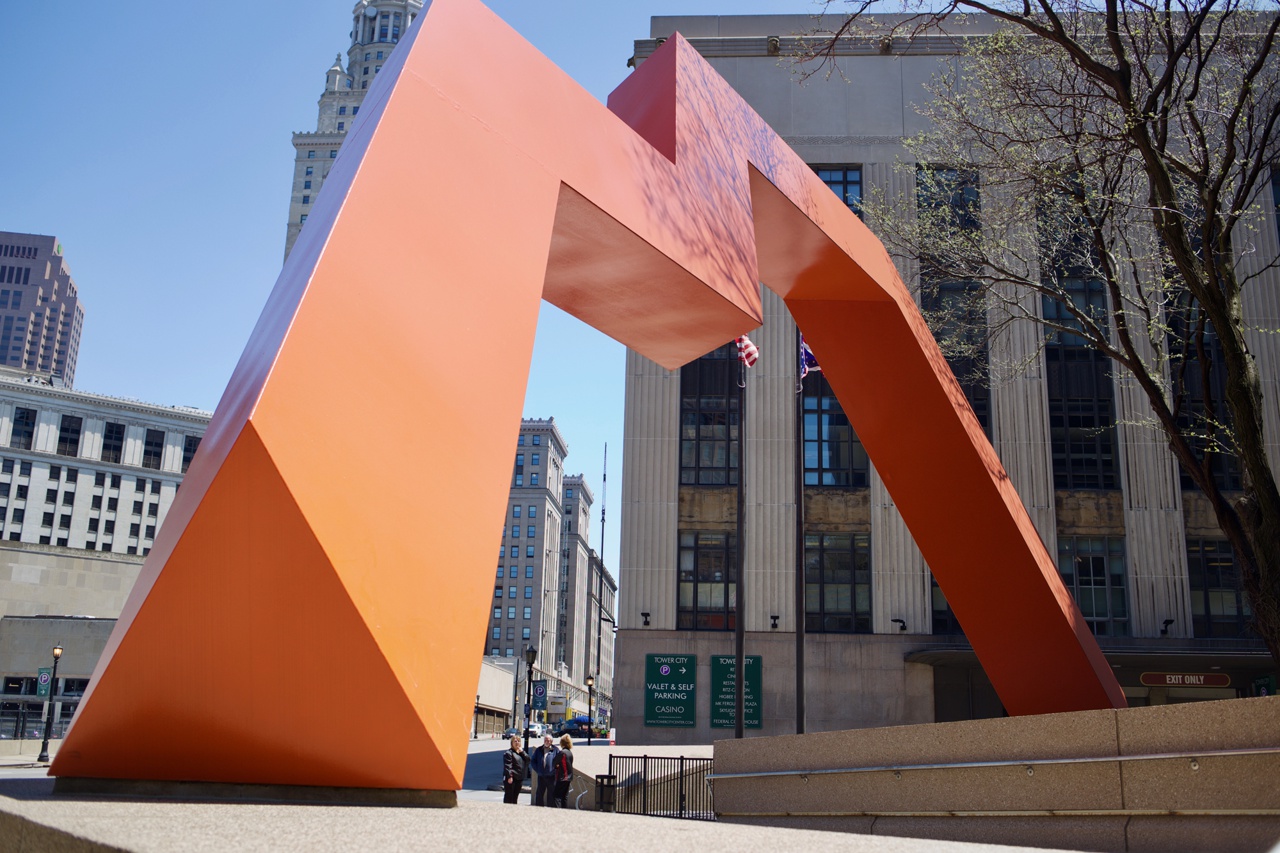 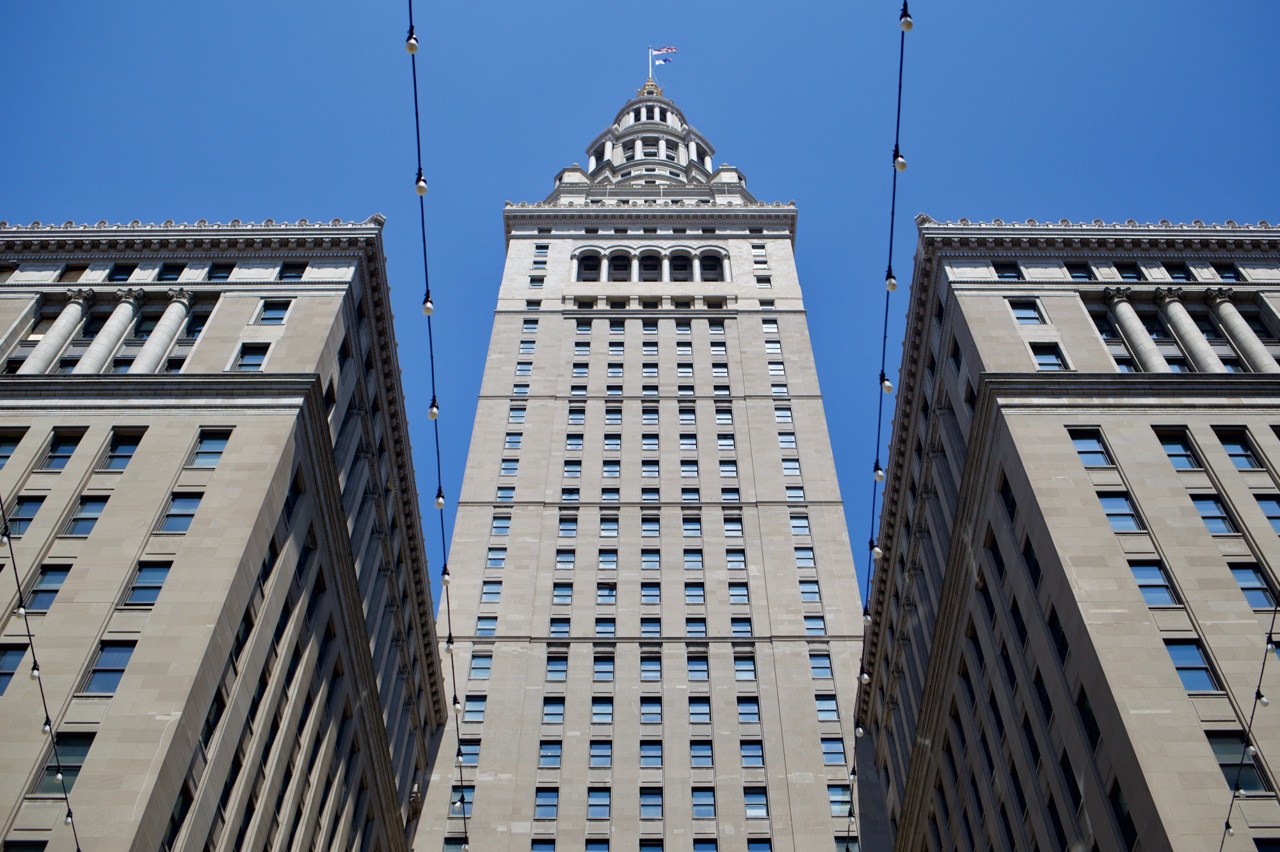 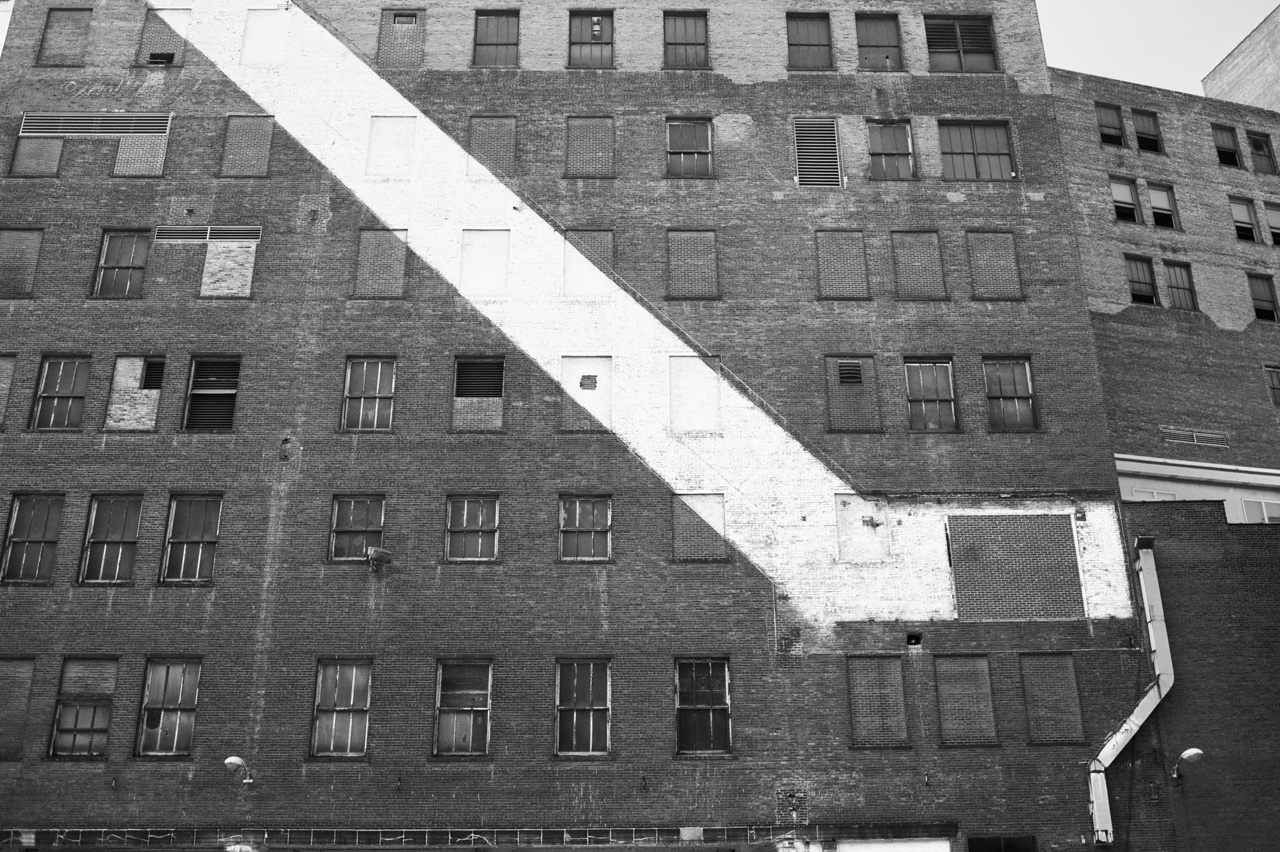 This is one of my favorite shots in a while. 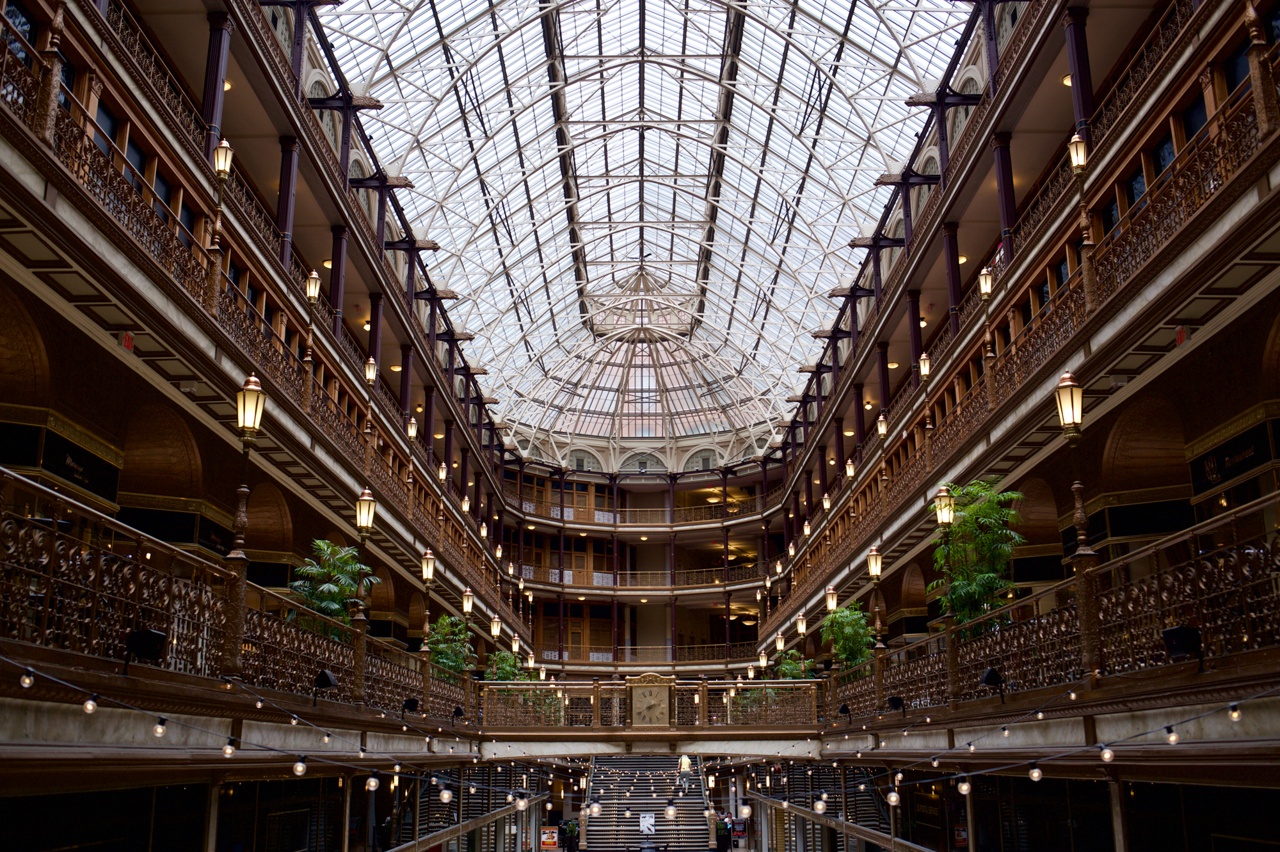 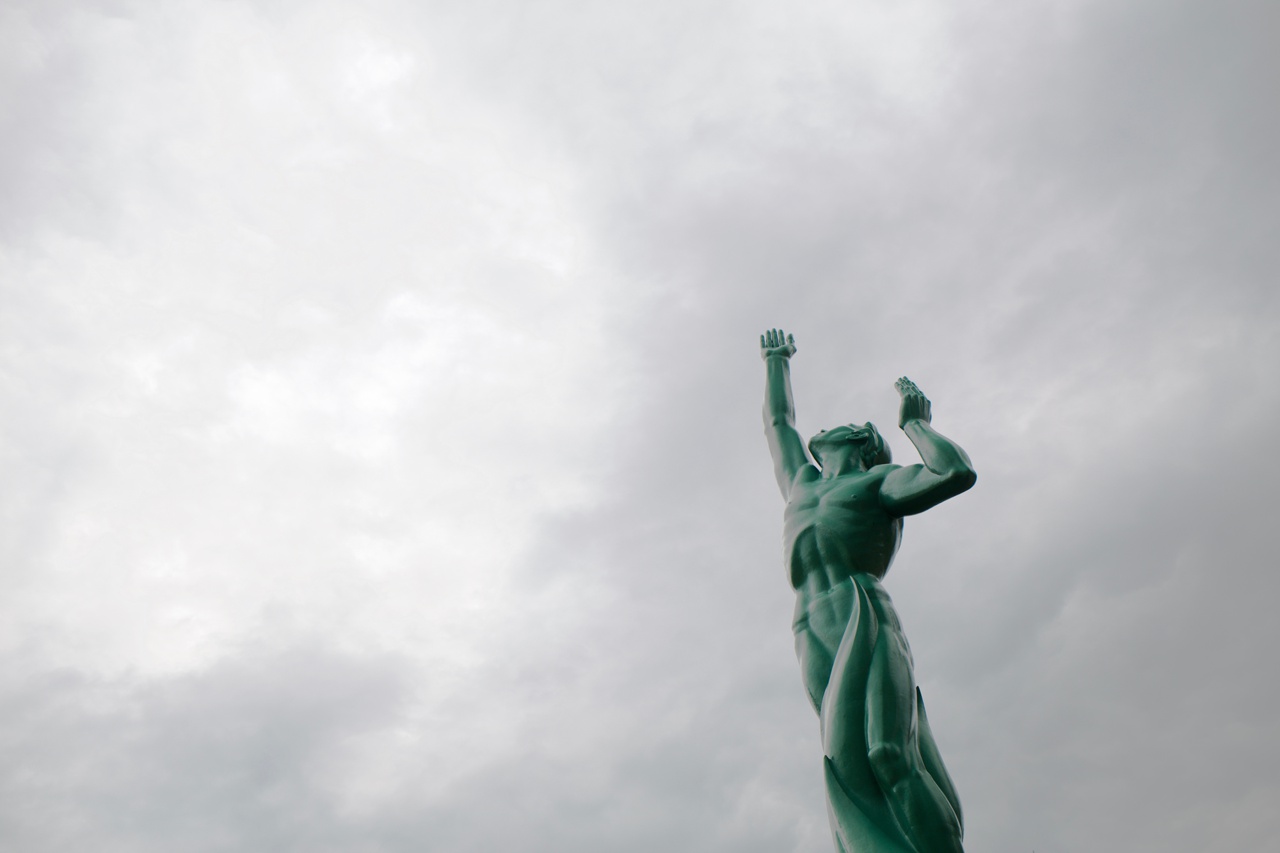 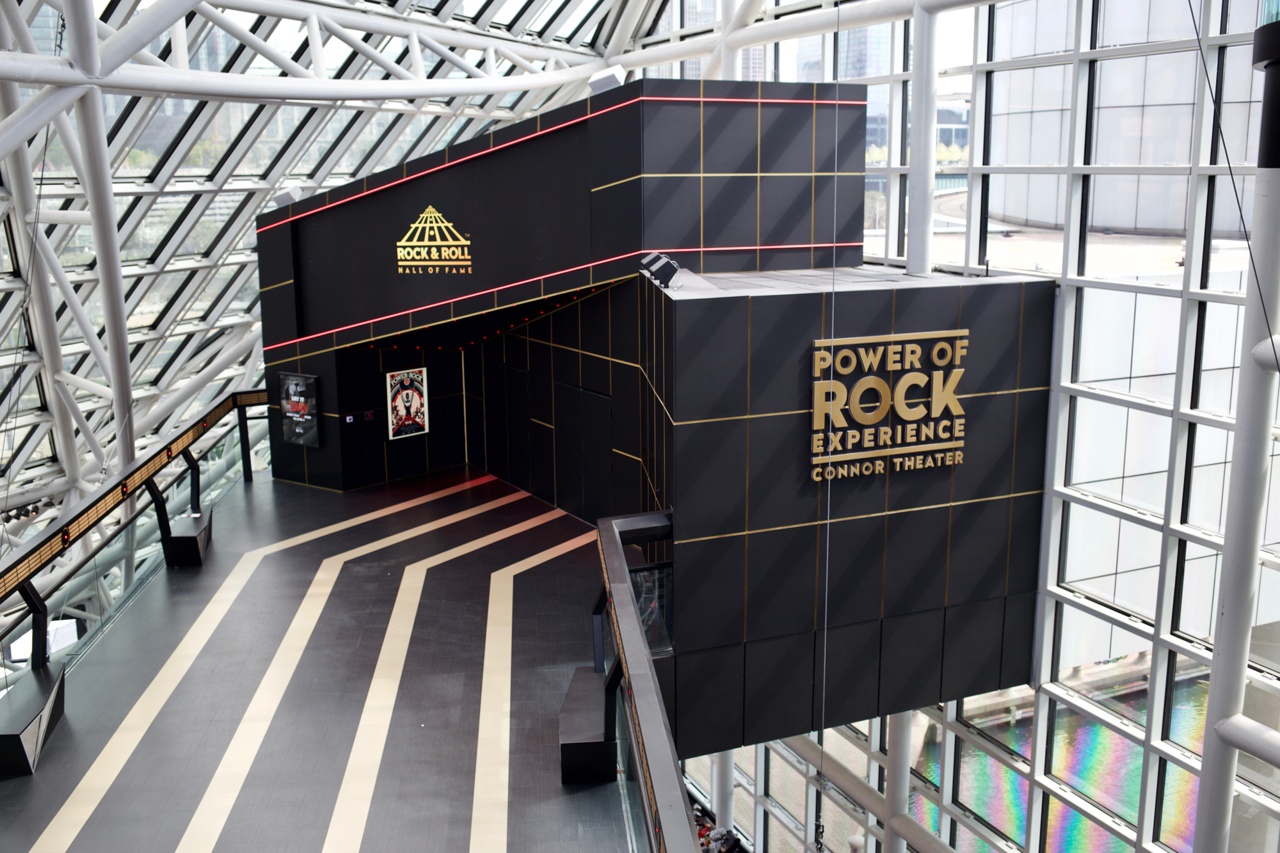 15 year old me would have jumped on one foot from start to end here. The amount of paraphernalia in this building is just crazy - from costumes, to instruments, and even original notepads with lyrics. I almost missed the exhibit in the basement, which was a history of how rock developed from early 20th century jazz and blues into the various genres it encompasses today. This was a fun way to spend a couple of hours before the beginning of the conference. My polarizer messed up the glass on the bottom right, but what can you do… 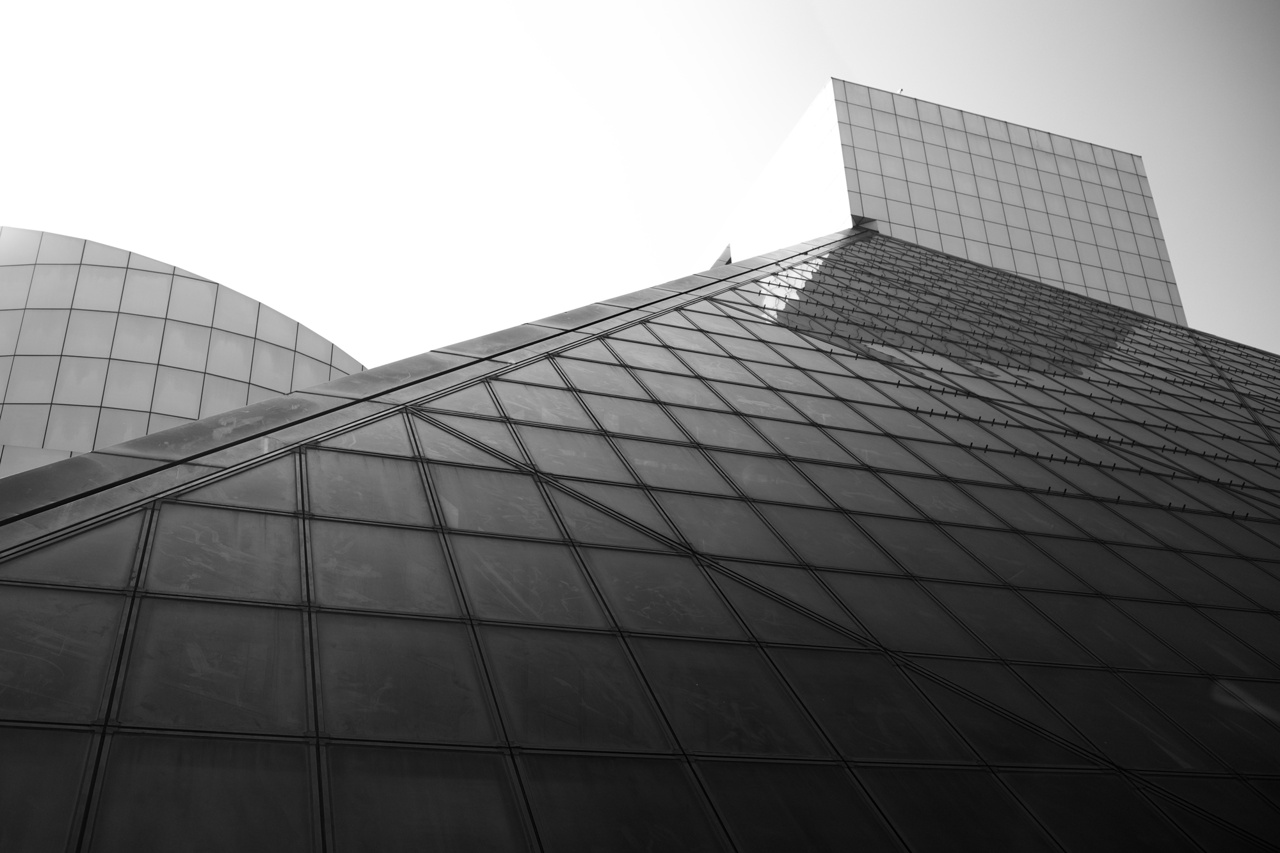 The architecture’s play on shapes reminded me a bit of Azrieli Center. 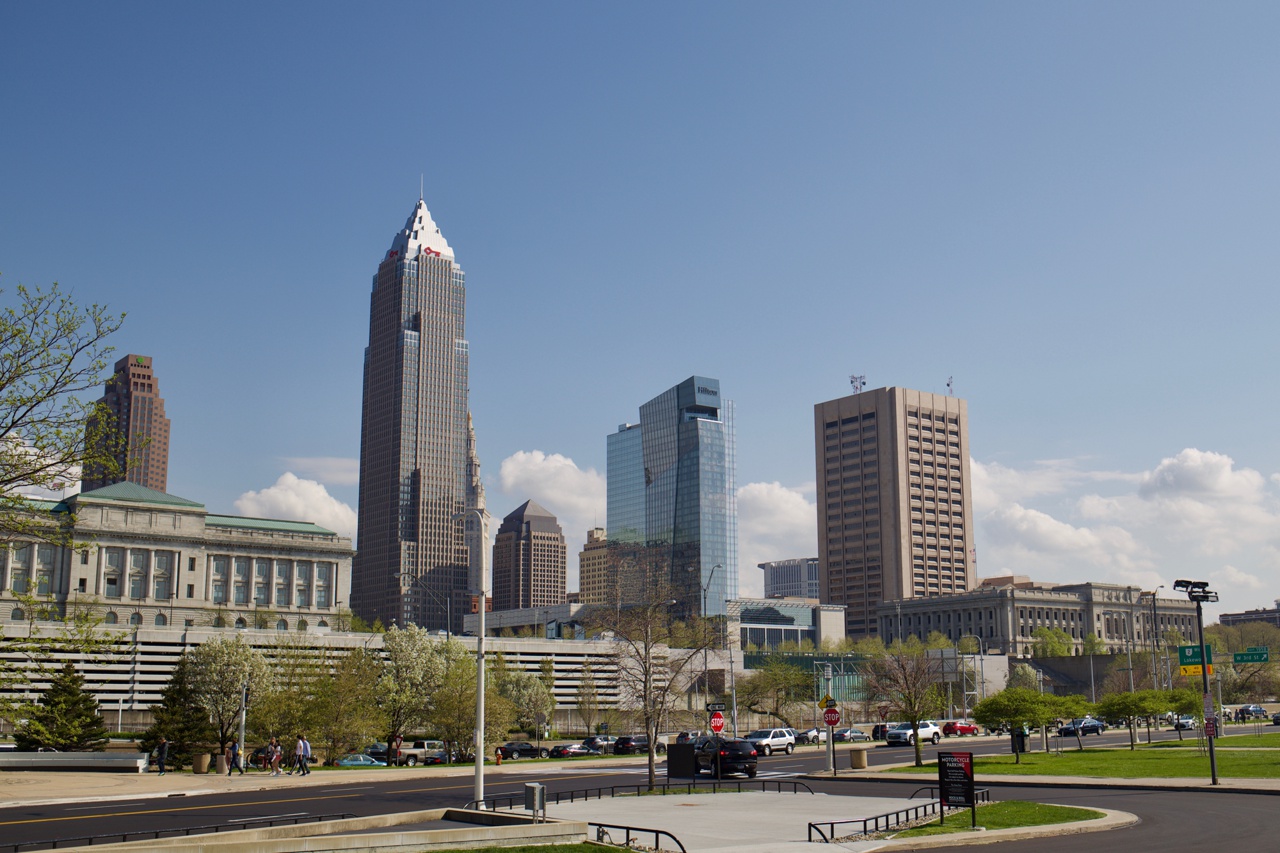 Probably should have gone to the Hilton’s rooftop for a skyline shot instead. 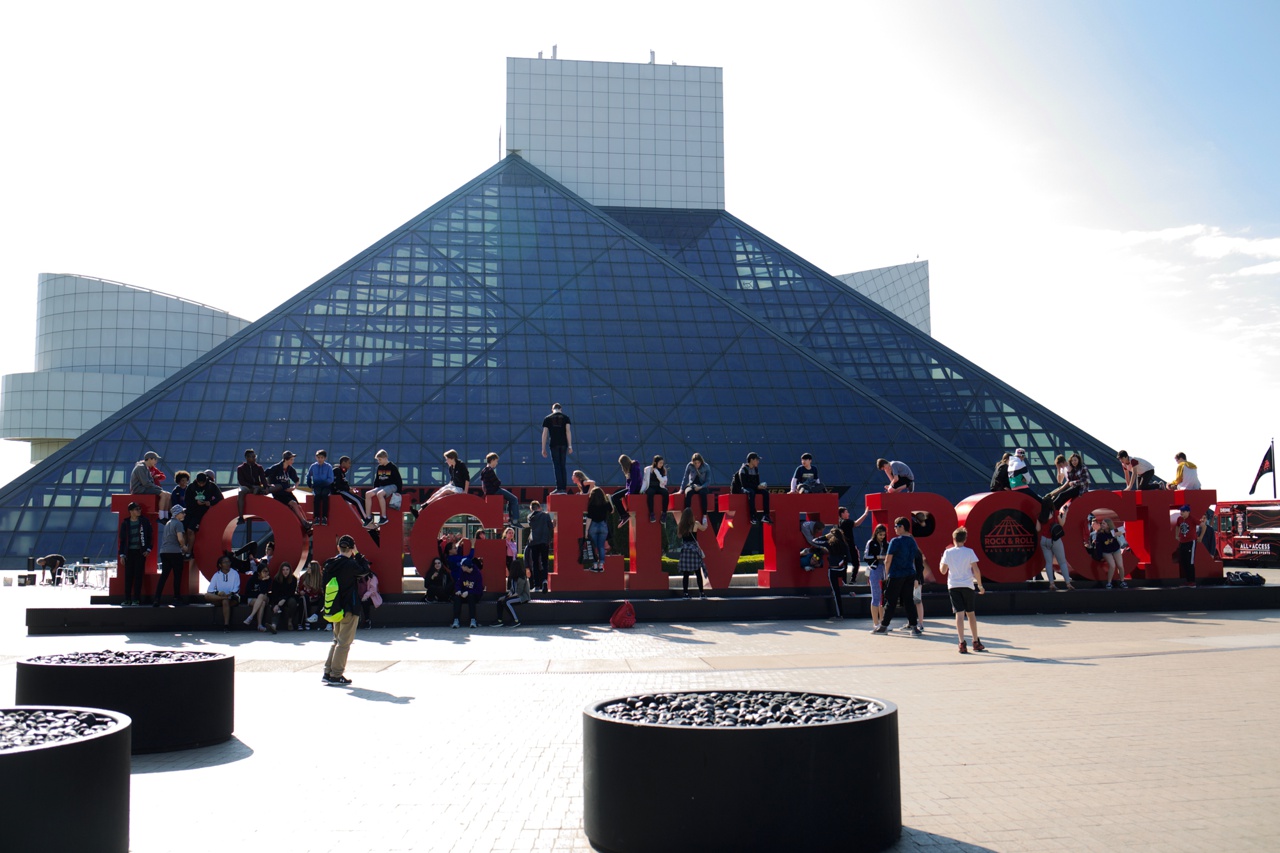 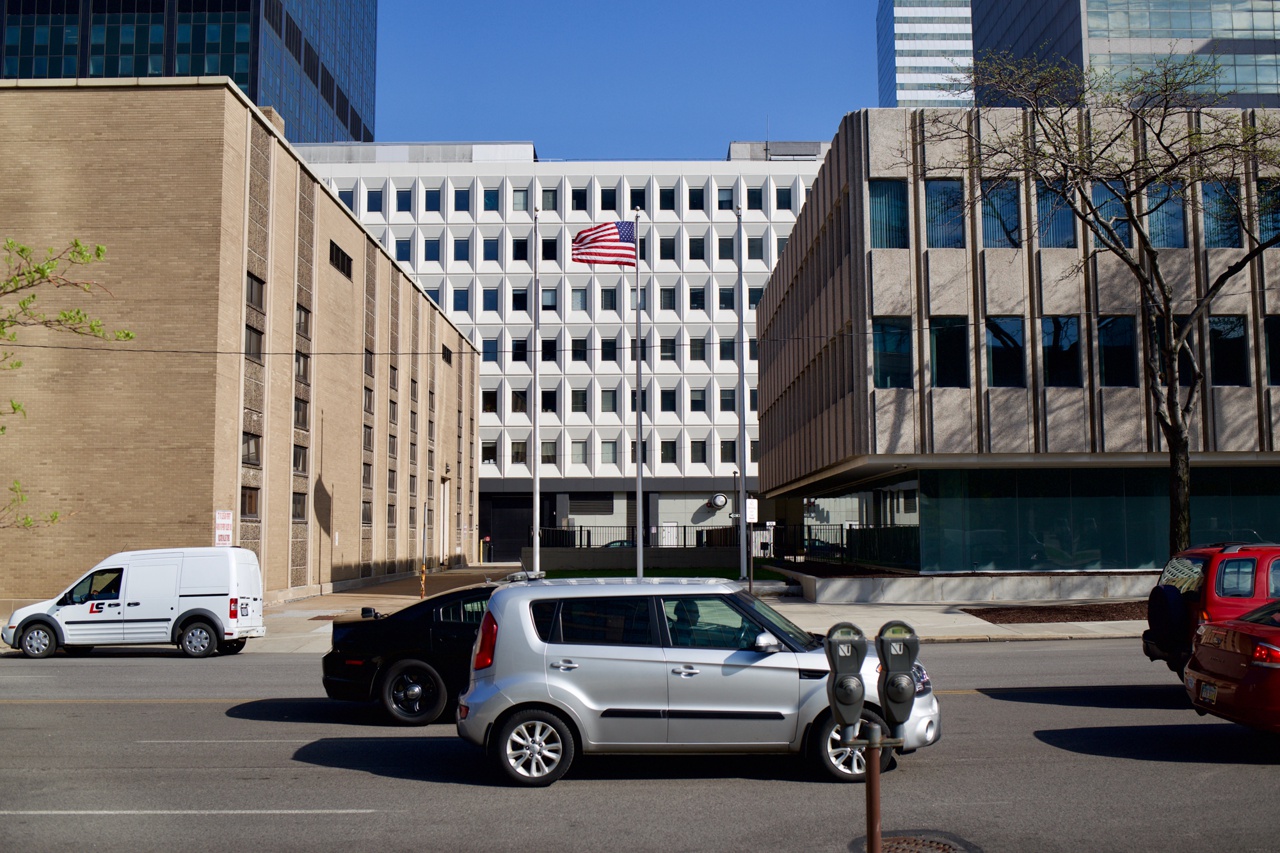 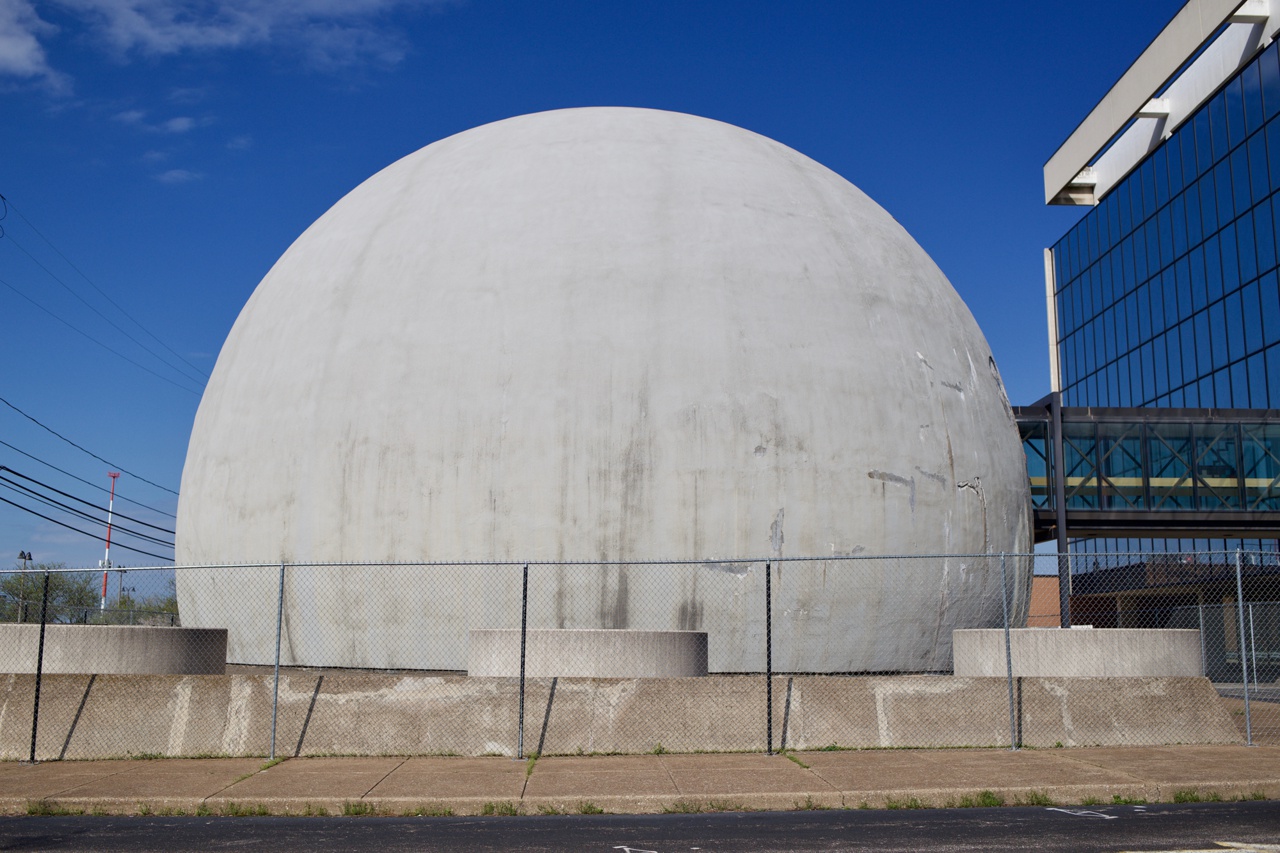 This was a block away from my hotel, and I could not figure out what it was supposed to be. It’s next to the “Cleveland High School For Digital Arts” though, so I guess it’s…. not digital art? Definitely not one of these. 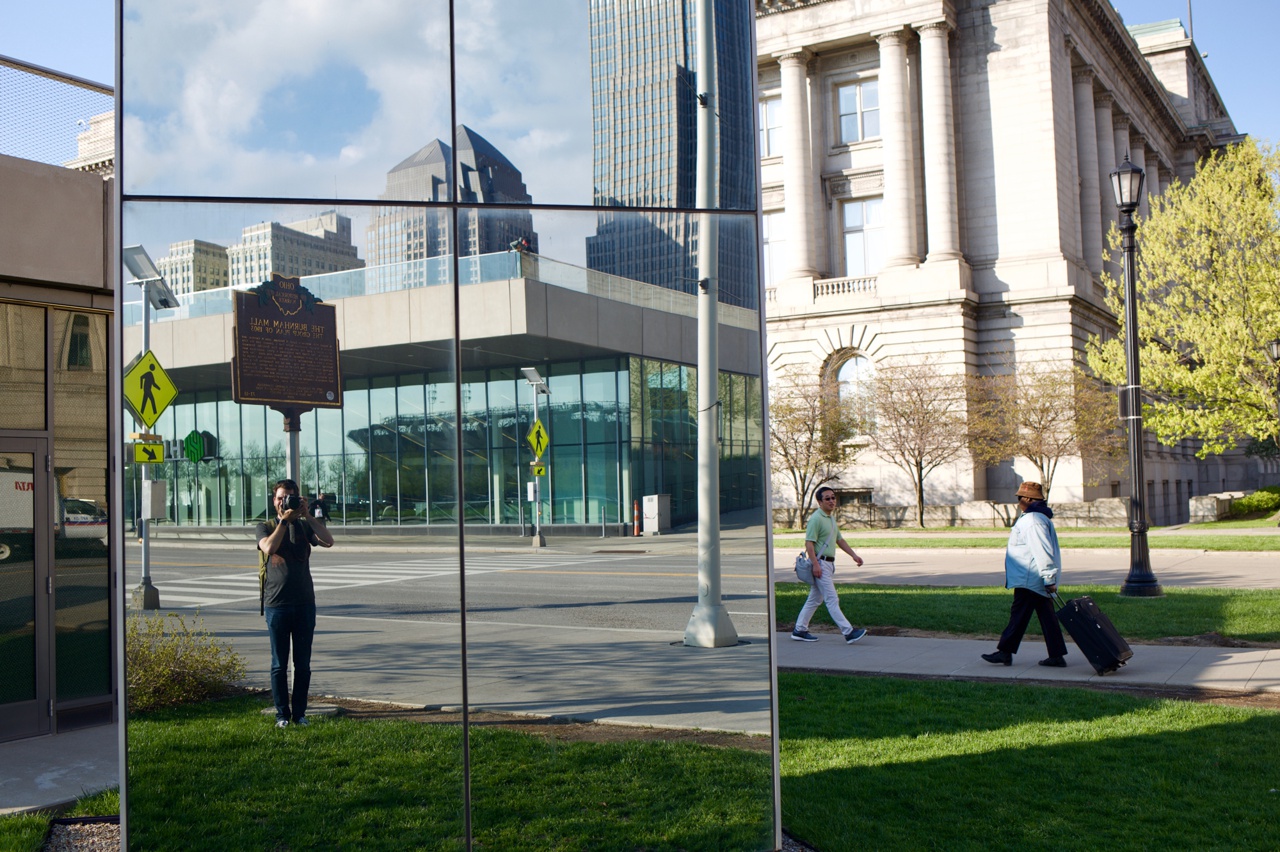 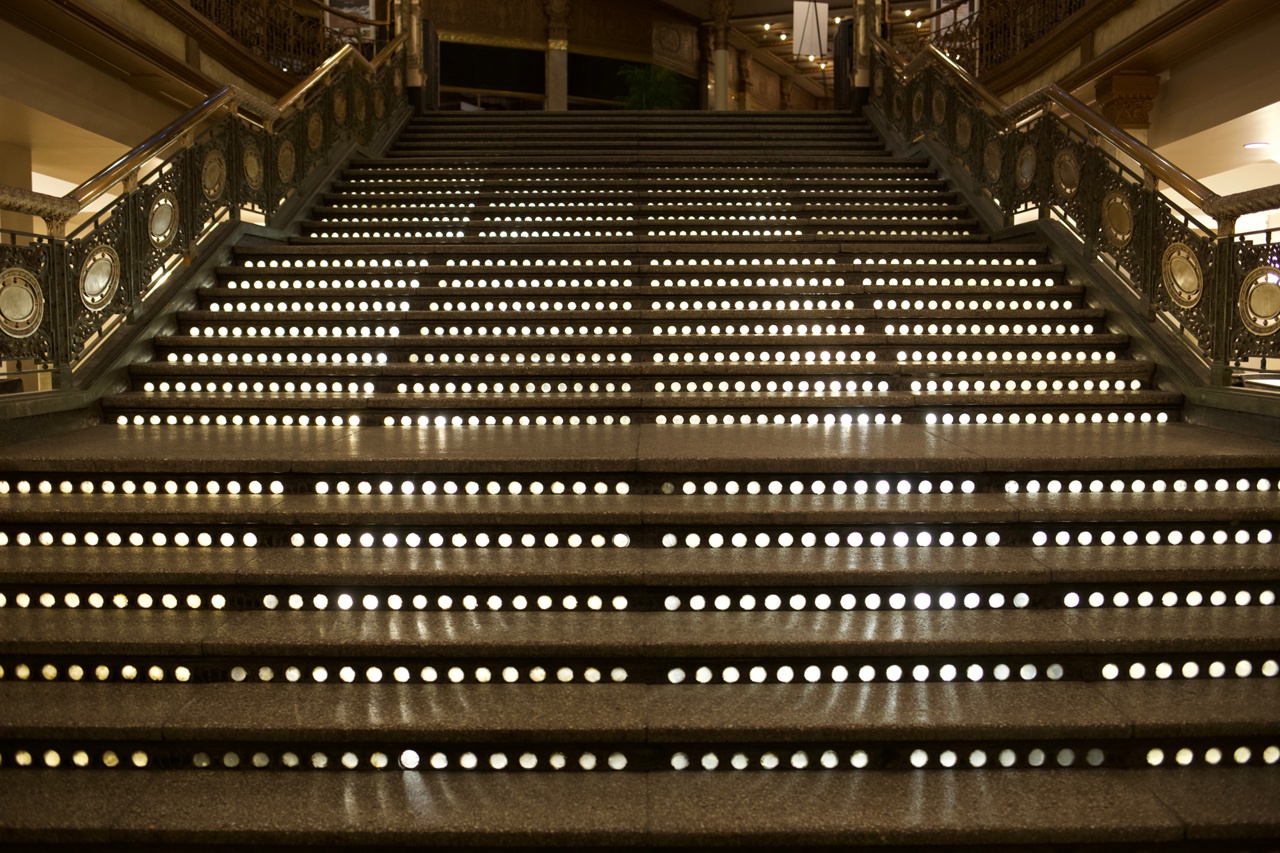 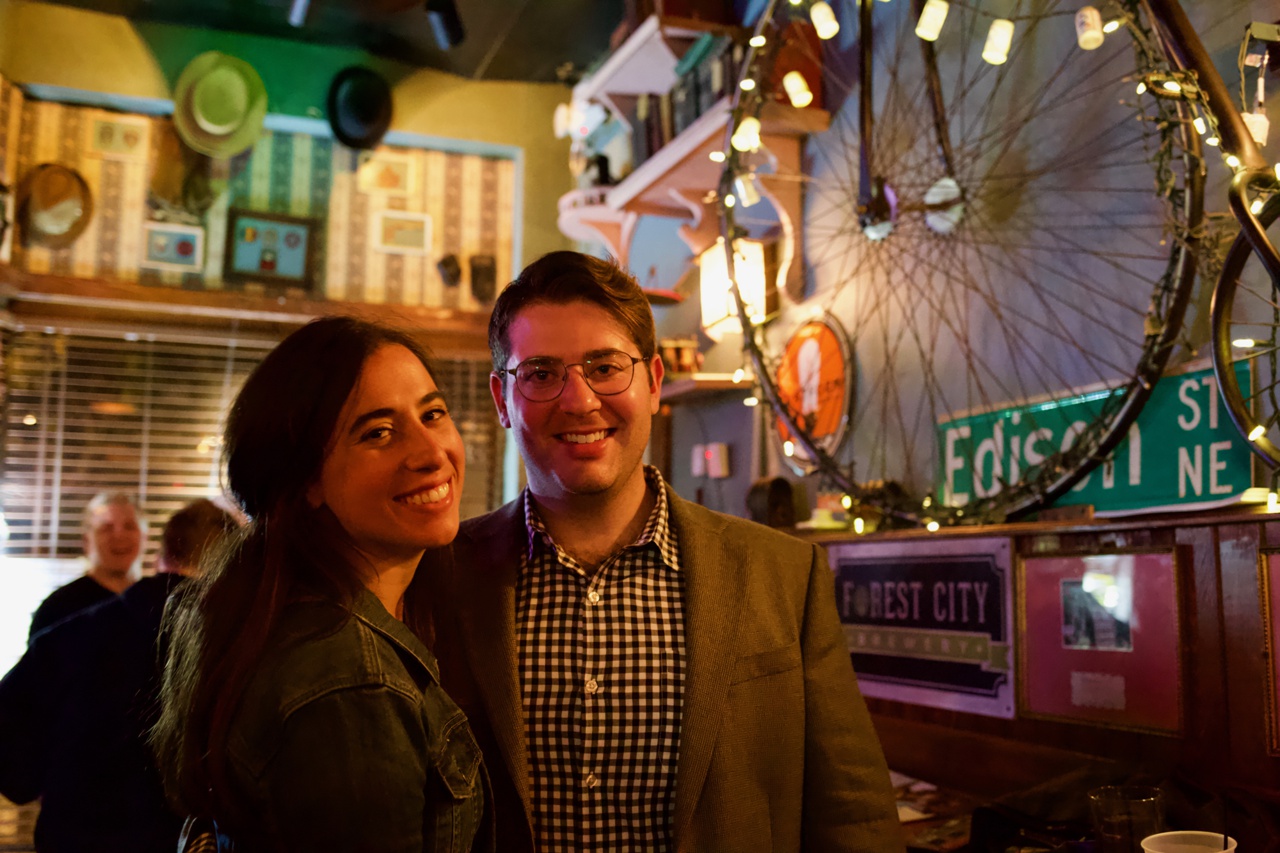 I got to hang out with Jesse, who I hadn’t seen in a couple of years, and also meet Melissa. We caught up, and had a fun night remembering stupid stories from our college days. 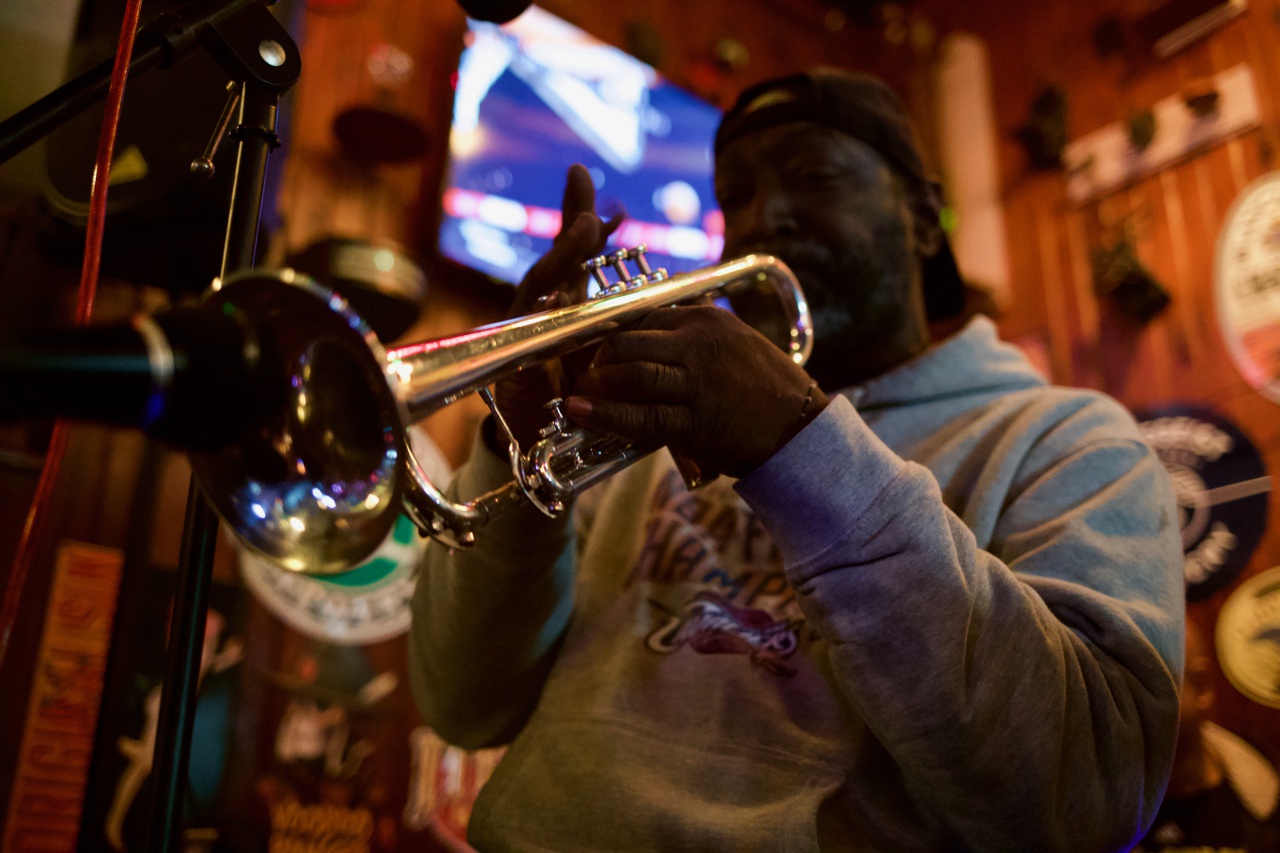 Photo credit goes to Jesse here. I took a bunch more photos of these guys, but sadly they were all blurry.